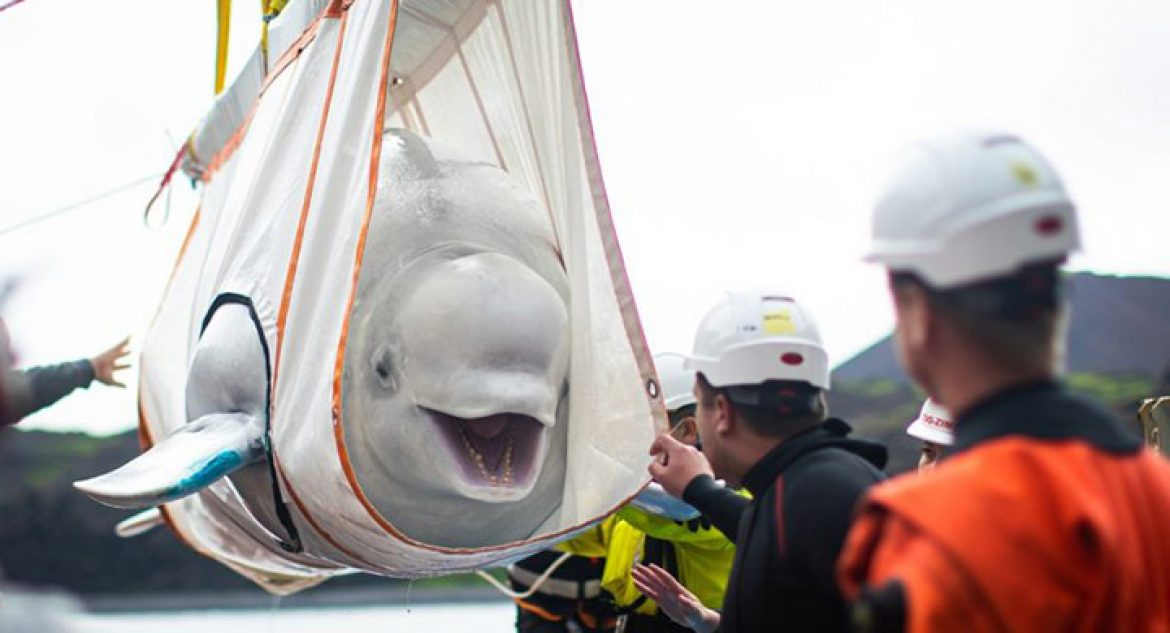 Little Grey and Little White are the names of two beautiful beluga whales who were captured almost ten years ago off the coast of Russia. They were then taken to a Chinese aquarium where they were trained to perform in front of audiences.

Now thanks to the SEA LIFE Trust, a British charity working globally to protect the world’s oceans, these two belugas traveled 6,000 miles, flying for around 30 hours, to the world’s first open water sanctuary for belugas on August 8, 2020.

“We’re absolutely delighted to be able to share the news that Little Grey and Little White are safely in their sea sanctuary care pools and are just one step away from being released into their wider open water home,” said Andy Bool, Head of SEA LIFE Trust.

“Following extensive planning and rehearsals, the first stage of their release back to the ocean was as smooth as we had hoped and planned for. We are carefully monitoring Little Grey and Little White with our expert care team and veterinarians and hope to announce their final release very soon.”