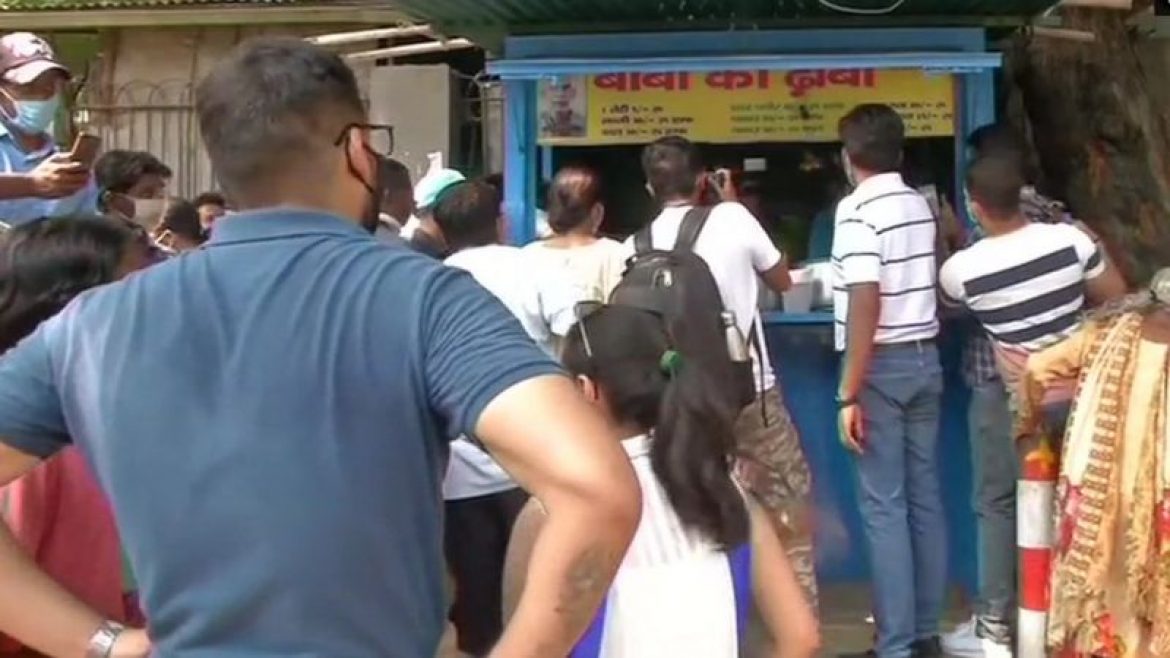 A few days ago, a video went viral in India that showed a teary-eyed, aged owner of a small food kiosk in Delhi talking about how he and his wife had earned less than $1 that day.

The video which was shared on multiple social media platforms was recorded at a small eatery called ‘Baba Ka Dhaba’ in Malviya Nagar, south Delhi. In the video, the stall’s owner, 80-year-old Kanta Prasad, shows vessels containing dal, soya curry, and other dishes that are ready to serve.

When asked how much the aged couple earn in a day, Prasad breaks down and says they don’t earn more than Rs 80 a day, despite starting their day early at 6.30 am.

Since the video was uploaded it has been viewed over 80,000 times on YouTube alone. It also prompted an outpouring of support from people, including celebrities and political leaders, all of whom sought to support the couple.

The campaign also caused #BabaKaDhaba and #Malviya Nagar to trend on Twitter and multiple people posted images and videos of their visits to the eatery after seeing the video.

“There was no sale during the lockdown but now it feels like whole India is with us,” said Prasad on Thursday.