210-858- 7783
info@i-believe.org
HomeHeadlines Little girl lost at sea rescued floating on an inflatable unicorn almost a mile away from the shore 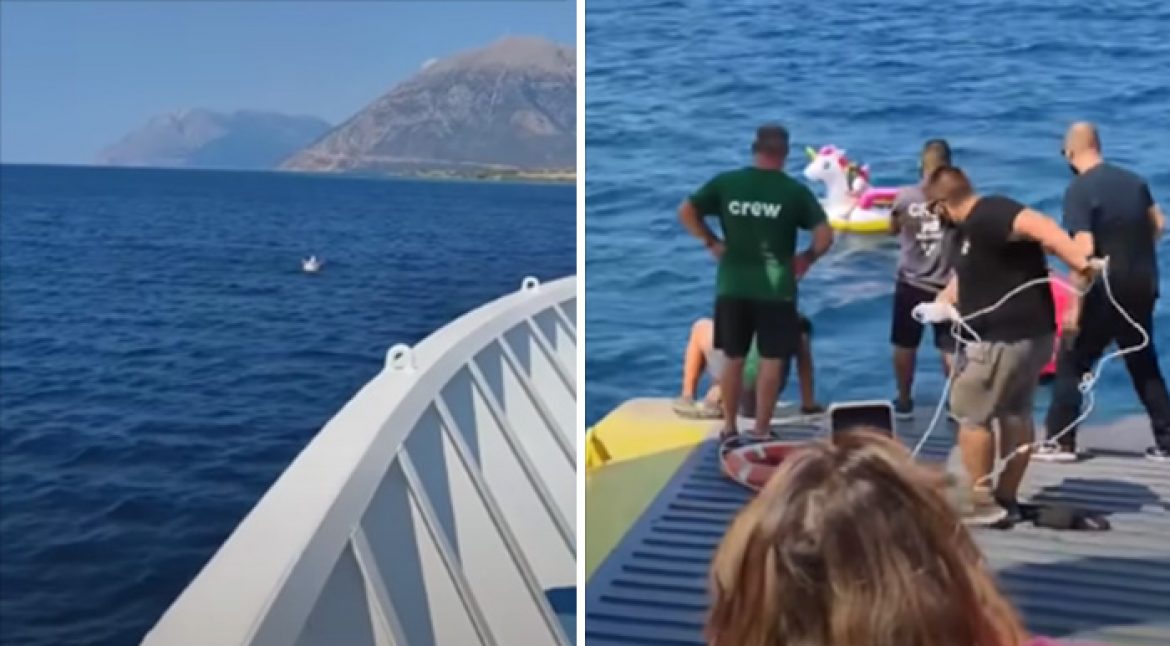 A four-year-old little girl was on board her floating unicorn when she drifted out of her parents’ sight and out to sea somewhere near Antirrio, a Greek town in the Gulf of Corinth.

Thankfully, that was when Grigoris Karnesis, a veteran Greek ferryboat captain, spotted the child. At first, he couldn’t believe what he was seeing. She was so small, and the toy she was floating on moving so fast, that he barely had time to think.

Mr. Karnesis, the 50-year-old captain of the Salaminomachos, raced to bring his 331-foot-long ferry alongside the toy and rescue the girl. As he drew closer, the ferry’s crew could hear her screams.

The rescue was captured on video by a passenger, Petros Kritsonis, 45, who posted it online on Monday. It quickly caused a sensation, and Prime Minister Kyriakos Mitsotakis called the captain to thank him and his crew.