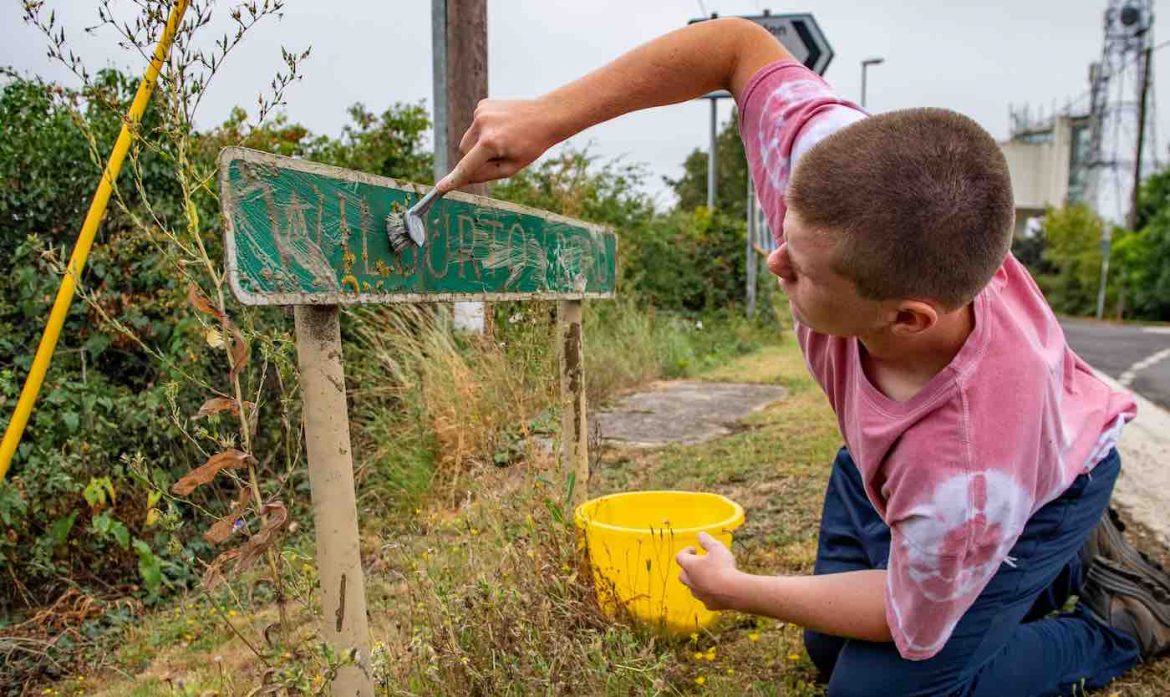 15-year-old Joseph Beer has autism and ADHD, and usually boards at a residential, therapeutic school during the week. However, since his school closed down in March this year due to the coronavirus lockdown, he was in need of some kind of routine. This is when noticed dozens of neglected street signs and hedgerows while out on his daily walks with his mom, and decided to do something about them.

Since then, the teenager has scrubbed street signs that have been left almost unreadable due to moss growing over them. In other places, he trimmed hedges that had become hazards, left to grow until they almost completely obscured road directional signs from view.

Joseph’s efforts have not gone unnoticed by the people of his hometown Chatteris in Cambridgeshire, England, and surrounding towns—particularly a driving instructor who got in touch to thank him for uncovering hidden road signs.

One kindly neighbor, who Joseph’s family did not even know, was so impressed by his clean-up of the town, that she set up a GoFundMe page to reward him.

The fundraising campaign, which has now ended, raised almost £1,000 in donations.