210-858- 7783
info@i-believe.org
HomeHeadlines Heartwarming story of an Indian woman who is transforming the lives of hundreds of homeless, abused and addicted kids

Heartwarming story of an Indian woman who is transforming the lives of hundreds of homeless, abused and addicted kids 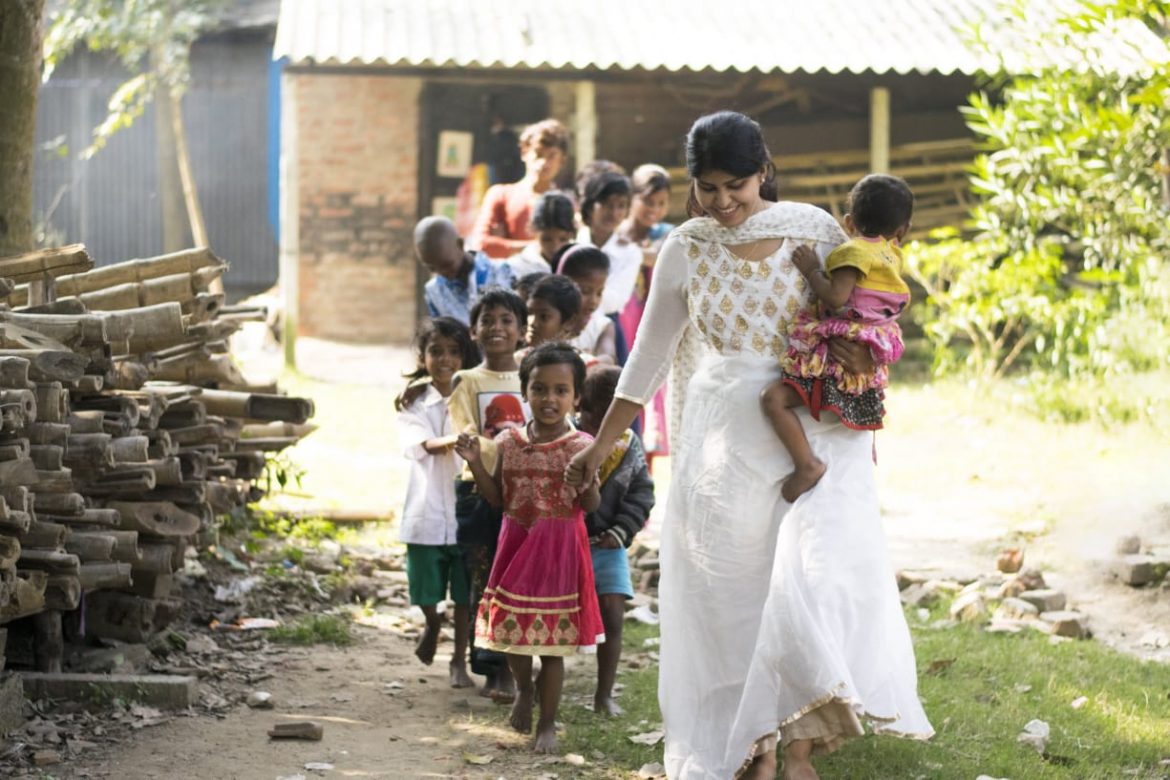 Hundreds of kids at the Sheoraphuli railway junction, which is 30 km away from a major metropolitan Indian city Kolkata, are living in deplorable conditions. Most are unable to afford even a single meal from the money they collect by begging. And so, they live on dendrite.

Readily available in plastic tubes at any hardware shop, dendrite is an industrial glue used in the carpet industry. It is a hot favorite among kids who beg on trains and pick rags to scrape a living as it contains toluene, a sweet-smelling and intoxicating hydrocarbon. Apart from causing hallucinations, it prevents the consumer from feeling hungry or cold. More often than not, younger kids are coaxed into sniffing this glue by their older peers. And once they are addicted, they find it difficult to ‘survive’ without sniffing it.

The worst is yet to come! As the night closes in, this very place turns into  red light area where kids as young as 11 are made to work as sex slaves for a meager sum of Rs 200-300.

Thankfully, there is a noble soul on a mission to transform the lives of these children for the better. Moitrayee Banerjee, now a part of the team at Kolkata based NGO Maha Jiban, was shook to the core on her first visit to Sheoraphuli.

“The kids told us how one trip on the train only earned Rs 10-20, which they use to buy biscuits and small slices of cakes. The small treats did nothing to fill their stomachs, just made them hungry again and forced them to sniff dendrite. Even a rice plate costs Rs 30.”

Moitrayee started conducting day classes for them with another teacher, teaching them basic reading, writing, art and craft. They also used interactive technology like tablets to teach them moral values and raise awareness against vices. Many kids were later enrolled in government-run schools in the locality where they also got uniforms and books.

While Moitrayee was confident that the kids were in good hands during the day, she often worried if the sexual abuse, exploitation and substance abuse continued at night. So she decided to enroll them into government and NGO-run homes. But many were not eligible since they had families. After much to and fro, a few kids were admitted into government-run, and CWC-approved homes, and two young girls who had lost their mothers were taken to the SOS Children’s Village.