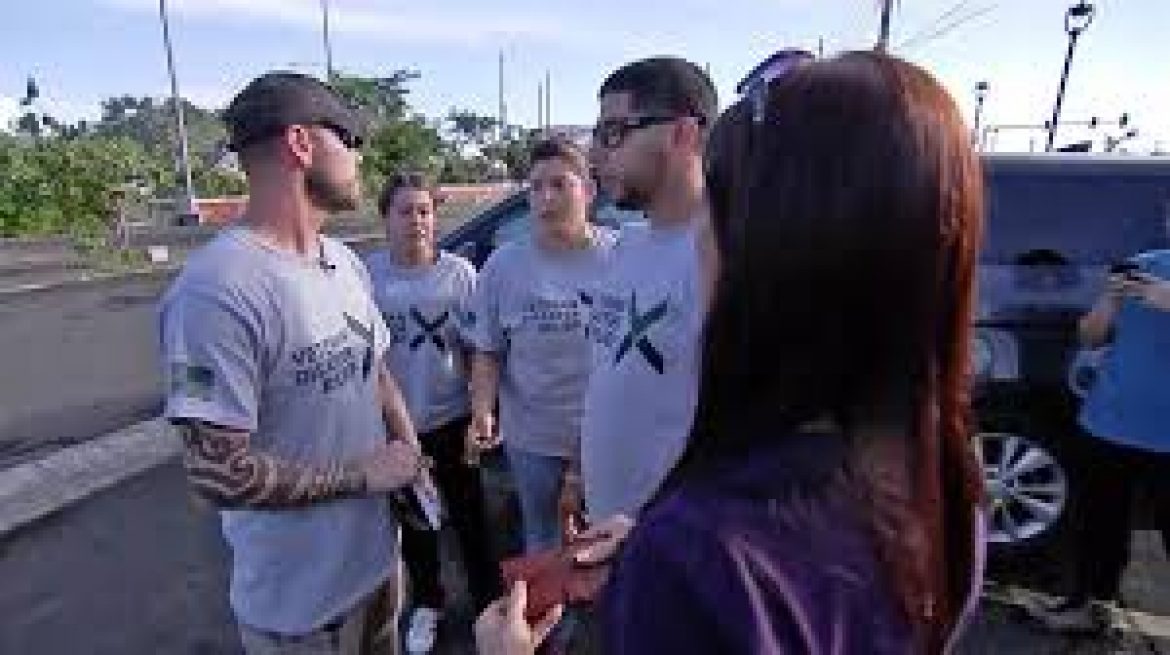 Four months ago, Hurricane Maria caused massive destruction in Puerto Rico, while plunging its residents into a deep humanitarian crisis. There was no electricity for weeks and people struggled for basic necessities like food and drinkable water.

Since then, Jason Maddy has been on a mission – he and other veterans rushed in supplies to the remote western parts of the island to help those in need. One of their social media posts — where they expressed frustration that red tape had prevented aid from these areas — had gone viral.

The Iraq War veteran seems thinner than he was just several months ago. The long days have weighed on him. He’s foregone sleep and he looks tired. But he has a purpose.