210-858- 7783
info@i-believe.org
HomeHeadlines Two emperor penguins in Antarctica find a camera and film themselves!

Two emperor penguins in Antarctica find a camera and film themselves! 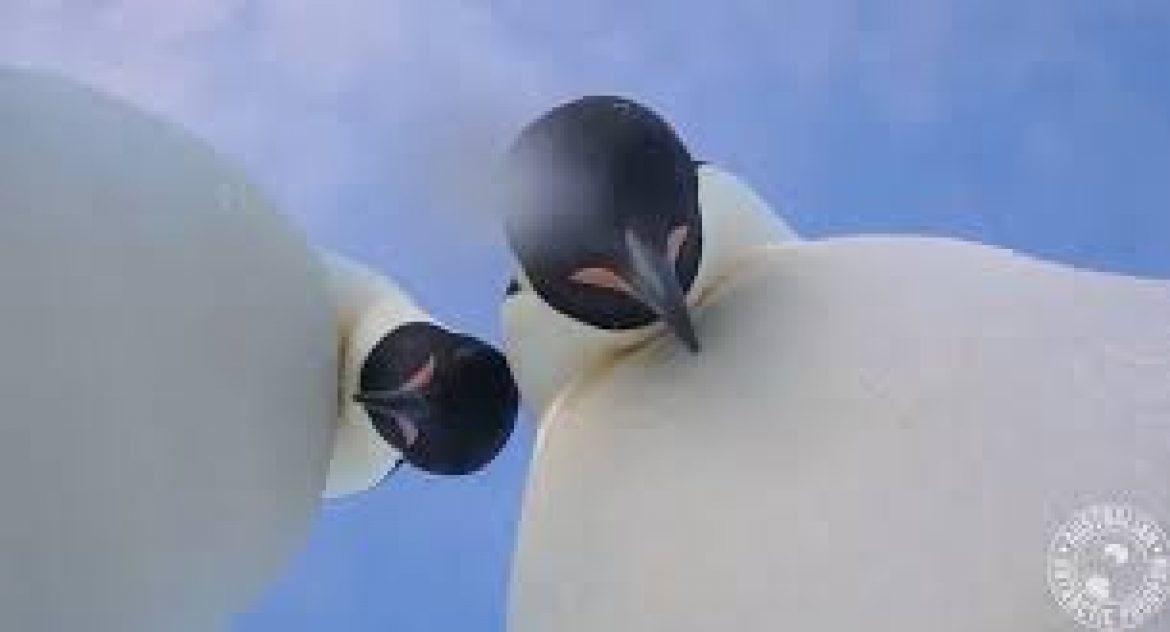 Two emperor penguins in Antarctica discovered a camera left by an expeditioner on the ice and did what most of us would do – they clicked a short selfie video! The funny video is now going viral on the Internet.

An expeditioner with the Australian Antarctic Division had placed the camera on the ground near a large emperor penguin colony in Auster Rookery – while visiting the nearby Mawson research station. The two curious birds found it and accidentally clicked the video.

The video starts with a few penguins from a low vantage point but a bird comes near and wobbled it over to an angle that focuses on its face. Later, its penguin friend comes over and adjusts itself on to the frame. The two birds are seen chirping and cock their heads inquisitively at the screen, and then perk up and shake their heads and bellies later.