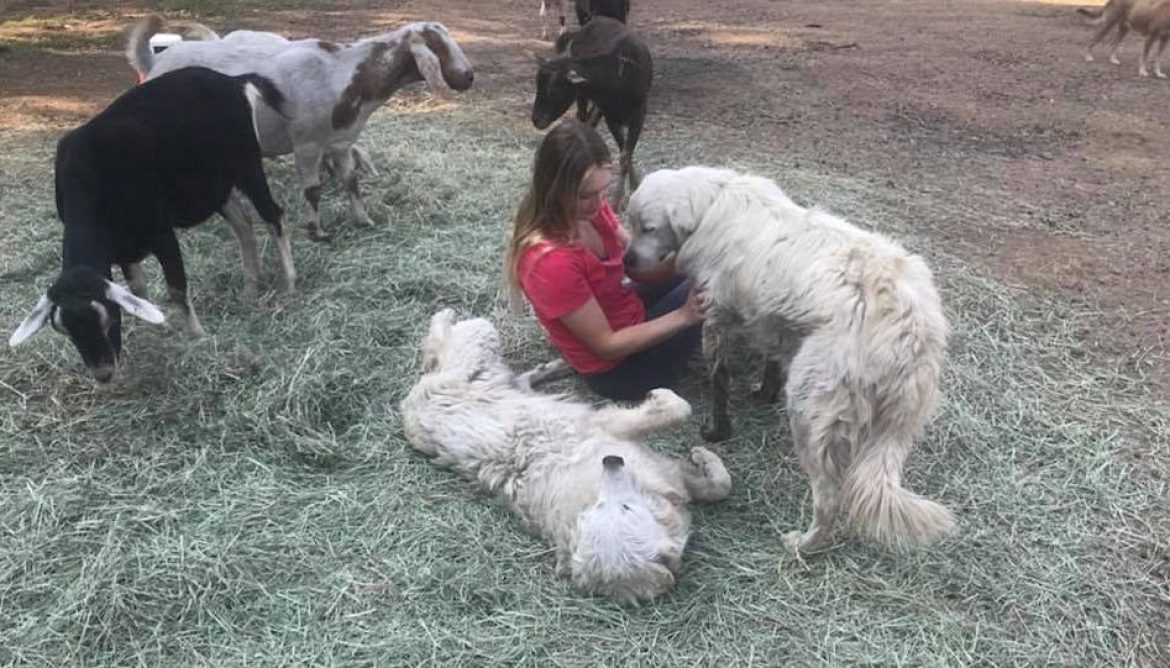 We all know how loyal dogs are and how they can go to extremes to fulfill their sense of duty. The Hendels got to experience this first hand during the recent devastating California fires when their faithful guard-dog Odin proved his unflinching loyalty towards his flock.

Odin, named after the Norse God, refused to abandon the Hendel family’s flock of goats when the fire struck their property. “Later that morning when we had outrun the fires I cried, sure that I had sentenced Odin to death, along with our precious family of bottle-raised goats,” Roland Hendel wrote in a Facebook post.

When the family finally returned home on October 10, they found the property in ruins, with trees still burning and an estimated million dollars worth of damage. They expected the worst in regard to Odin and the other animals. Suddenly the goats appeared, unscathed save for a minor, small burn on one, and raced towards them, followed close behind by Odin, his fur singed, his whiskers melted, and hobbling along favoring his right side. Even more amazing, Odin had adopted several baby deer who huddled around him for safety.

All the animals are now recuperating at an animal welfare shelter and the family has set up a YouCaring crowdfunding page to help cover Odin’s medical care and rebuild their property.