210-858- 7783
info@i-believe.org
HomeHeadlines Meet the farmer who donated Rs 40,000 to print books for tribal kids, years after being unable to afford education himself

Meet the farmer who donated Rs 40,000 to print books for tribal kids, years after being unable to afford education himself 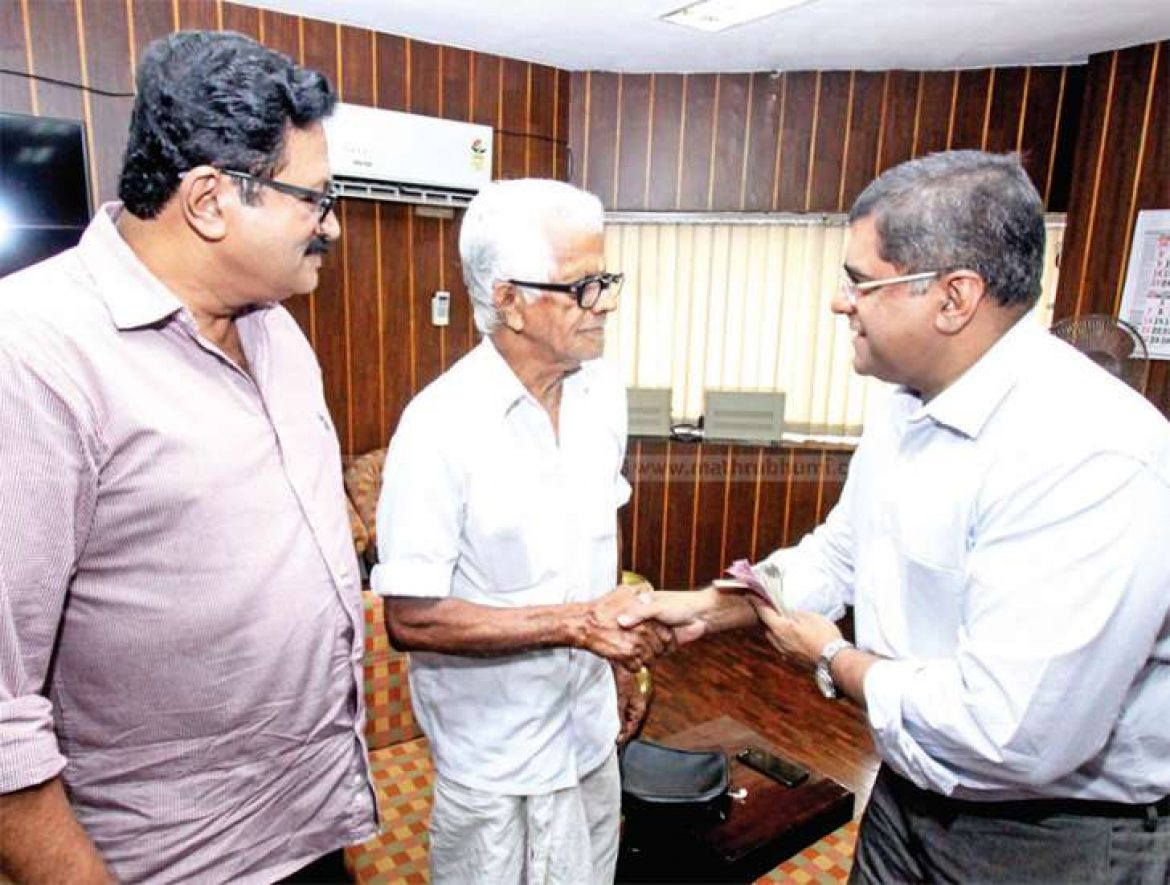 CK Narayana Panicker is a farmer from Kozhikode in the south Indian state of Kerala. He was forced to give up education due to lack of funds to buy even textbooks. But that did not deter the man from donating a more than generous sum of Rs 40,000 for printing textbooks for students studying at the government tribal lower primary (LP) school in Edamalakkudy village of Idukki district.

Edamalakkudy is a remote tribal village, which also happens to house the only tribal gram panchayat in the state. However, the LP school didn’t have enough funds to print the manuscript of a textbook titled Idamalakkudi Gothra Padavali.

Their predicament was brought to public attention by Mathrubhumi, a local Malayalam daily, that published a report about the school’s financial inability and invited anyone who was willing, to help. The news ended up catching the attention of 89-year-old Panicker, who then went straight to the publication’s office to offer financial aid.