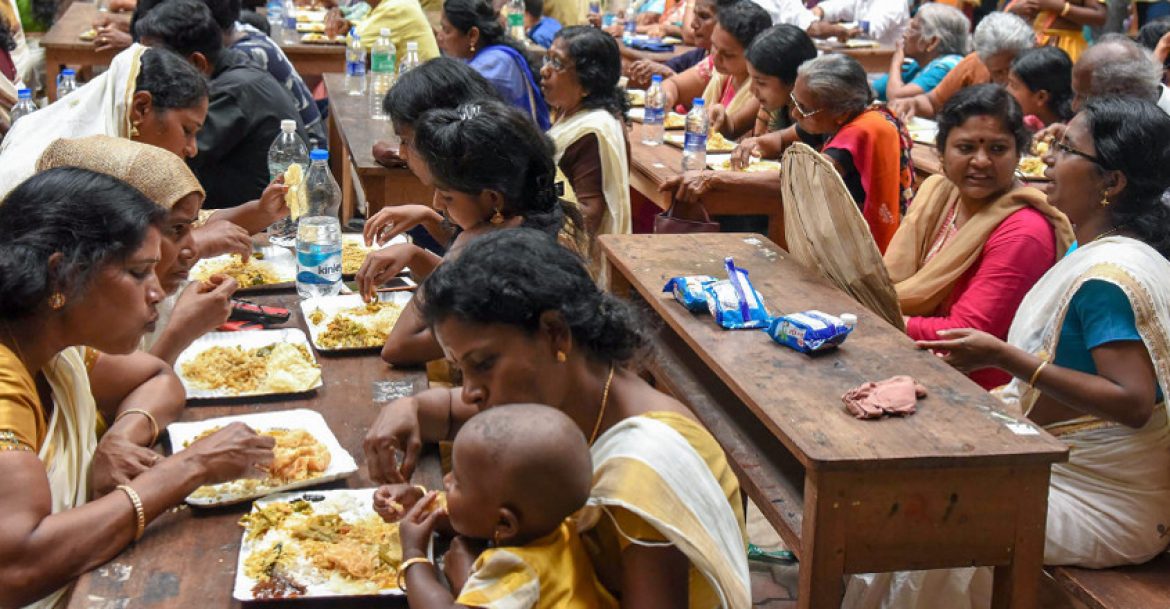 Recently, a team from UNICEF visited relief camps in the state of Kerala that witnessed massive devastation after being hit by severe floods and went back quite impressed by the facilities provided there.

One of the members of the team, Banku Bihari Sarkar, said:

“Today I visited this camp, this is one of the best relief camps that I have ever seen in my 20 years of professional career… This is worth documenting and sharing widely for others to learn from Kerala.”

Now let us talk about the reasons behind the same.

It is definitely emotionally challenging to leave the place you call home and shift to a relief center. But district administrators and other authorities ensured all the people in their camps stayed well-fed, comfortable and happy.

IAS officer Krishna Teja Mylavarapu, the sub-collector or Alappuzha district, talked about the relief camps in his area:

“After Operation Kuttanad, there were approximately 3 lakh people in about 700 camps. It was our responsibility to make them temporarily forget about their problems and to provide as many amenities as possible to make them relaxed. For this, two IAS officers and two ministers—District Collector Suhas, me, Mr Sudharakaran and Dr Thomas Isaac—worked together to make sure everything they need was available,” he said.

The camps were temporary shelters, but the situation made it all the more necessary to have a clockwork system in place. Management, planning and executing, while also addressing people’s grievances would not have been possible without an administrative system. So, Krishna Teja says, they formed one.

Elaborating on how the ministers ensured quality checks and won the trust of the people, Krishna Teja said, “I started eating in the camps. I started having all my meals there, and along with that, I ensured that every government official who was stationed at the camps ate with the people there. When government officials are eating in different areas of the camps, the quality of the food was substantially increased. We received no complaints about the quality of food.”

The IAS officer added that they even organized a program called ‘Sing for Kerala’ in the evenings to entertain the people. Seemingly trivial initiatives like these were what kept the morale of the flood survivors up. Early in the mornings, the organizers conducted Yoga sessions, to energize the people.

While the humans were being taken care of at the camp, the animals were not left behind. While over 2 lakh people were rescued as part of Operation Kuttanad on the first day and a half.