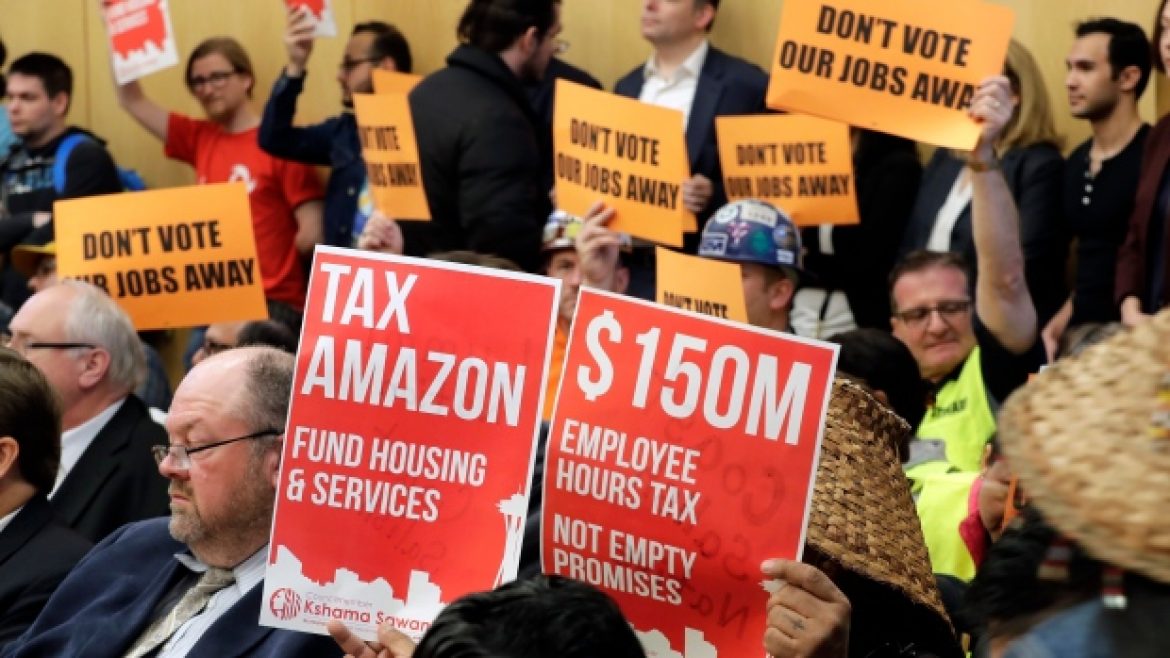 Big businesses in Seattle like Amazon and Starbucks will now be required to pay ‘head tax’ to raise funds for affordable housing to help the city’s homeless. The new measure was approved by the City Council on Monday under which businesses making at least $20 million in gross revenues will be taxed about $275 per full-time worker annually.

The debate over who should pay to solve a housing crisis exacerbated by Seattle’s rapid economic growth comes after weeks of tense exchanges, raucous meetings and a threat by Amazon, the city’s largest employer, to stop construction planning on a 17-story building near its hometown headquarters.

Amazon, Starbucks and business groups sharply criticized the council’s decision, called it a tax on jobs and questioned whether city officials were spending current resources effectively. However, worker and church groups and others cheered the tax as a step toward building badly needed affordable housing in an affluent city where the income gap continues to widen and lower-income workers are being priced out.

May 16, 2018 by pooja pooja Category: Headlines 0 comments
Prev
Next