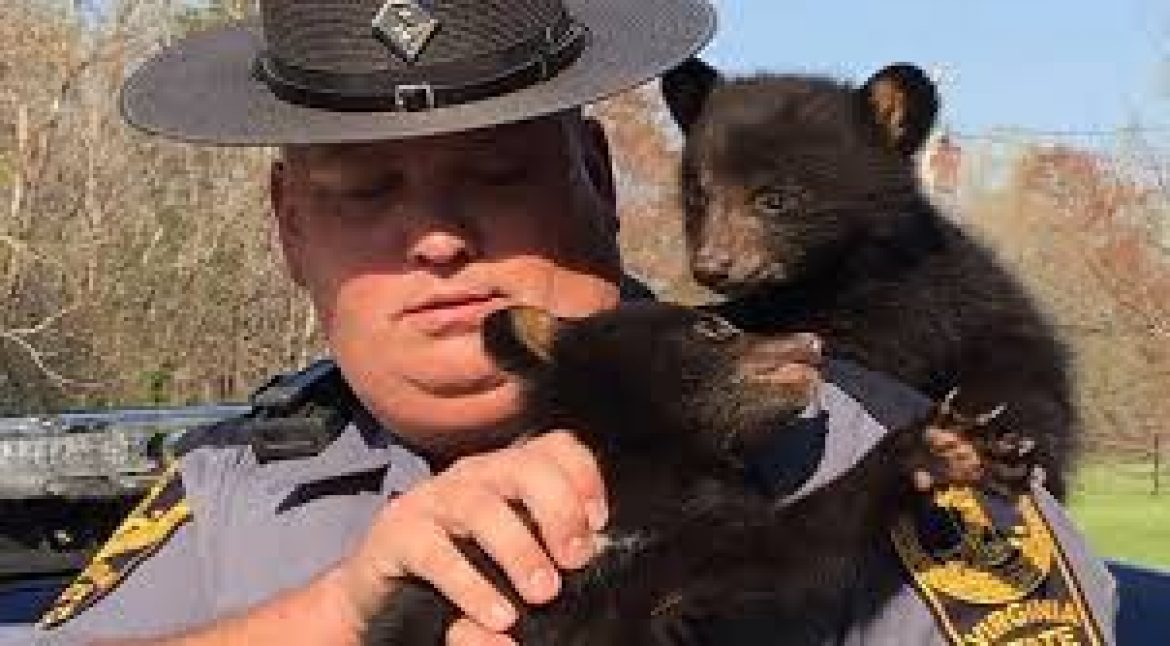 Virginia State Trooper DH Cepelnik has become an online hero after he rescued two bear cubs who got orphaned when their mother was killed in a car collision in Franklin County, Virginia.

The two bear cubs have been moved to a wildlife center in Waynesboro, Virginia and are ‘safe and sound’. They will most probably be released into the wild after one year.

The official Twitter account of VA State Police praised the State Trooper, saying he was #JustDoingHisJob and posted an adorable picture of Cepelnik on social media showing him holding the cubs. In the picture, the State Trooper has one cub climbing on his back, while holding the other in a firm grip as it tries to wriggle free.