210-858- 7783
info@i-believe.org
HomeHeadlines This grocery store in Toronto lets customers pay what they can afford 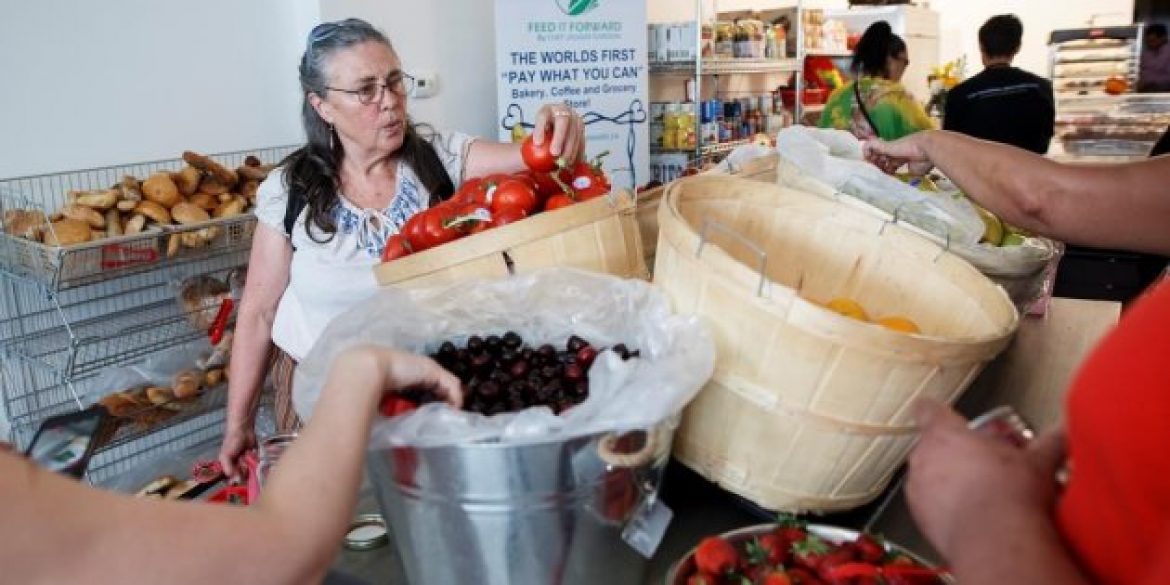 A grocery store in Toronto named ‘Feed It Forward Grocery Store’ is taking food destined for landfills and offering it to customers at any price they can afford to pay. This pay-what-you-can store is located on 3324 Dundas St. West and is the brainchild of chef Jagger Gordon and his team of volunteers.

“It’s a simple procedure of taking those trucks that are destined for landfills and hijacking them and giving them to people in need,” Gordon told The Canadian Press. “There’s more of a demand for food that is needed by Canadians than people know.”

According to him, the grocery store has diverted as much as 492 lbs. a day from landfills.

Since the store is managed by volunteers and the food is donated by other grocery stores, farmers and bakeries, distributors and restaurants , the store is able to sustain itself financially with its pay-what-you-can concept.

Gordon adds that overhead costs can be supplemented from fundraisers, online donations and revenue from his catering business, Jagger Gordon Catering. He also plans to register the project as a charity, and pursue corporate backers and sponsorships.