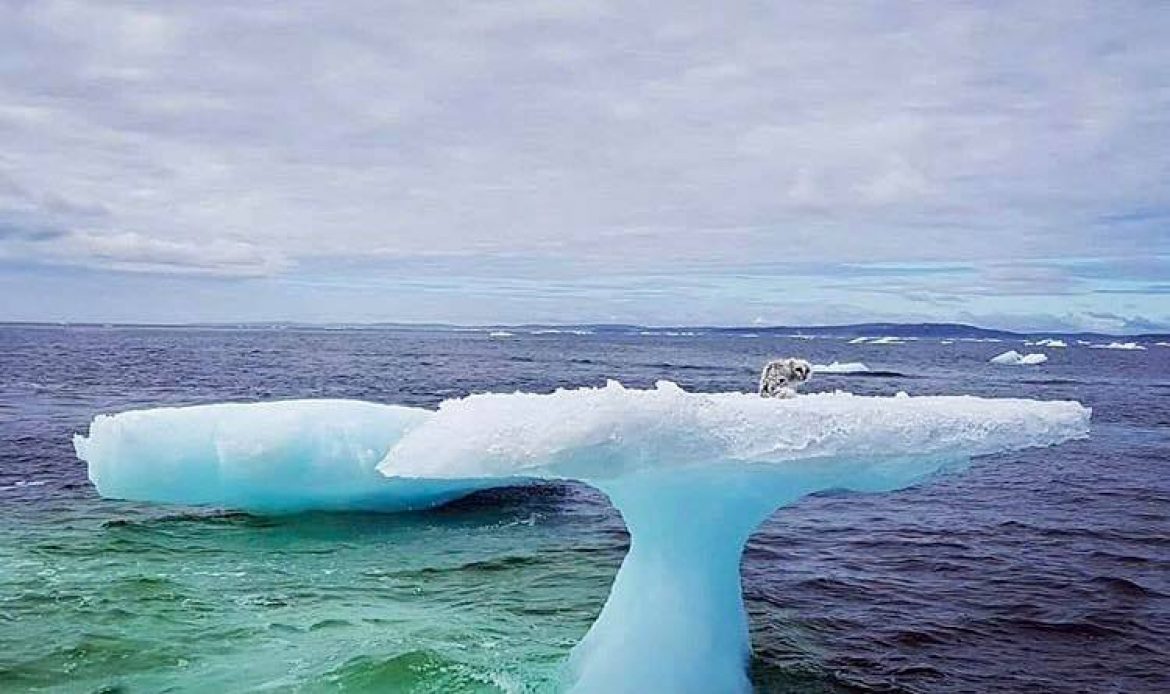 When a group of fishermen set sail on their crab fishing boat last week in Southern Labrador, they least expected to find a stranded fox atop an iceberg.

Alan Russell of St. Lewis said his ship was about seven kilometers offshore when they spotted something on a nearby iceberg.

“We seen something on the ice. Wasn’t sure what it was,” Russell told CBC’s Labrador Morning. “So we got up closer to it. It was a little fox, Arctic fox. And he wasn’t very big. He was soaking wet, and the gulls was trying to pick at him.”

Initially, the poor fox was skittish when the crew tried to get close. The group then broke the ice pan with their boat and fished the fox from the water with a net.