210-858- 7783
info@i-believe.org
HomeHeadlines This Indian headmaster spent his savings so that his students could fly for the first time 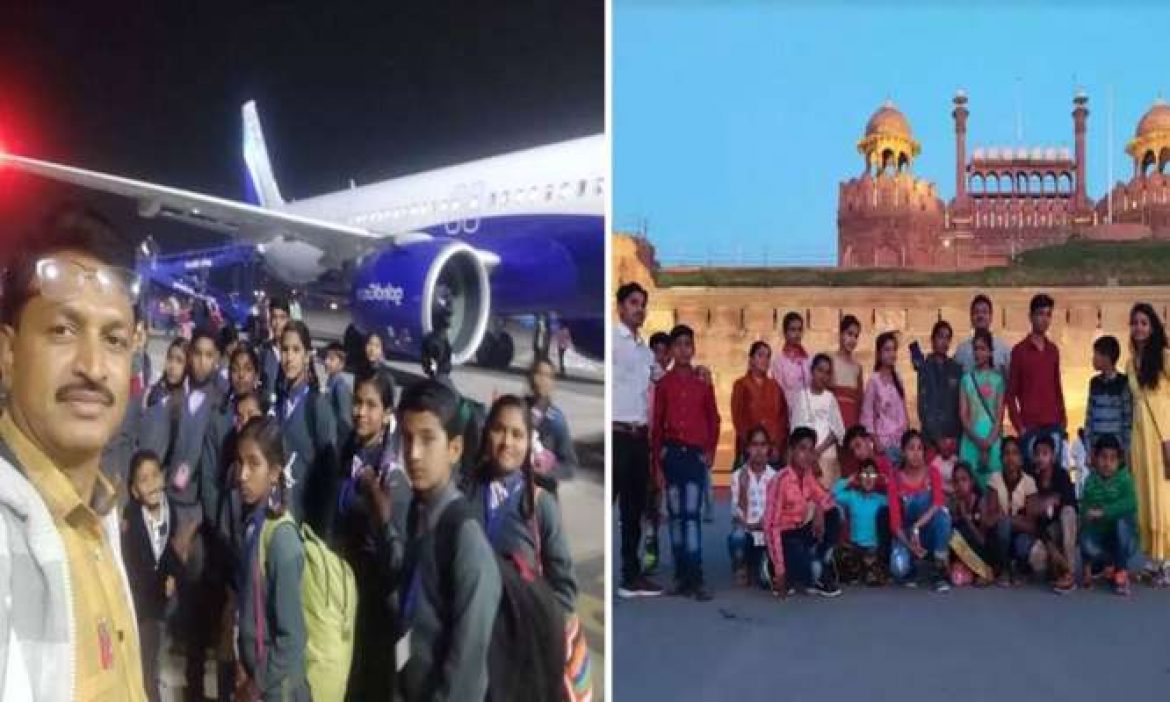 This is a heartwarming story of how selfless and largehearted a human can be! Kishore Kanase is a headmaster of a government school in a small village in the state of Madhya Pradesh, India. Many of his students have never even traveled in a train, let alone an airplane. Last year, when he took his students for a trip to Agra, he overheard them saying they would want to fly in a plane.

The idea stuck with Kishore and this year, he decided to take 19 of his students to a trip to the national capital Delhi in an airplane, spending his own hard-earned savings on the airfare since their parents could hardly afford the tickets.

The kids who flew paper planes never thought that they would take a ride on a real one so early. The students’ faces were filled with joy when they realized that they would be boarding a flight.

“The airplane seems so tiny when we gaze at it from our playground. It is huge when we see it on the ground,” Tohid Sheikh, a class 6 student told the Times of India, beaming from ear-to-ear.

Kishore said that he wanted the students to experience a ride in airplane early in their life. He had raised over 60,000 rupees from his savings to fund the trip.