This Indian teacher earns money from recycling waste, spends it on sponsoring education of village kids 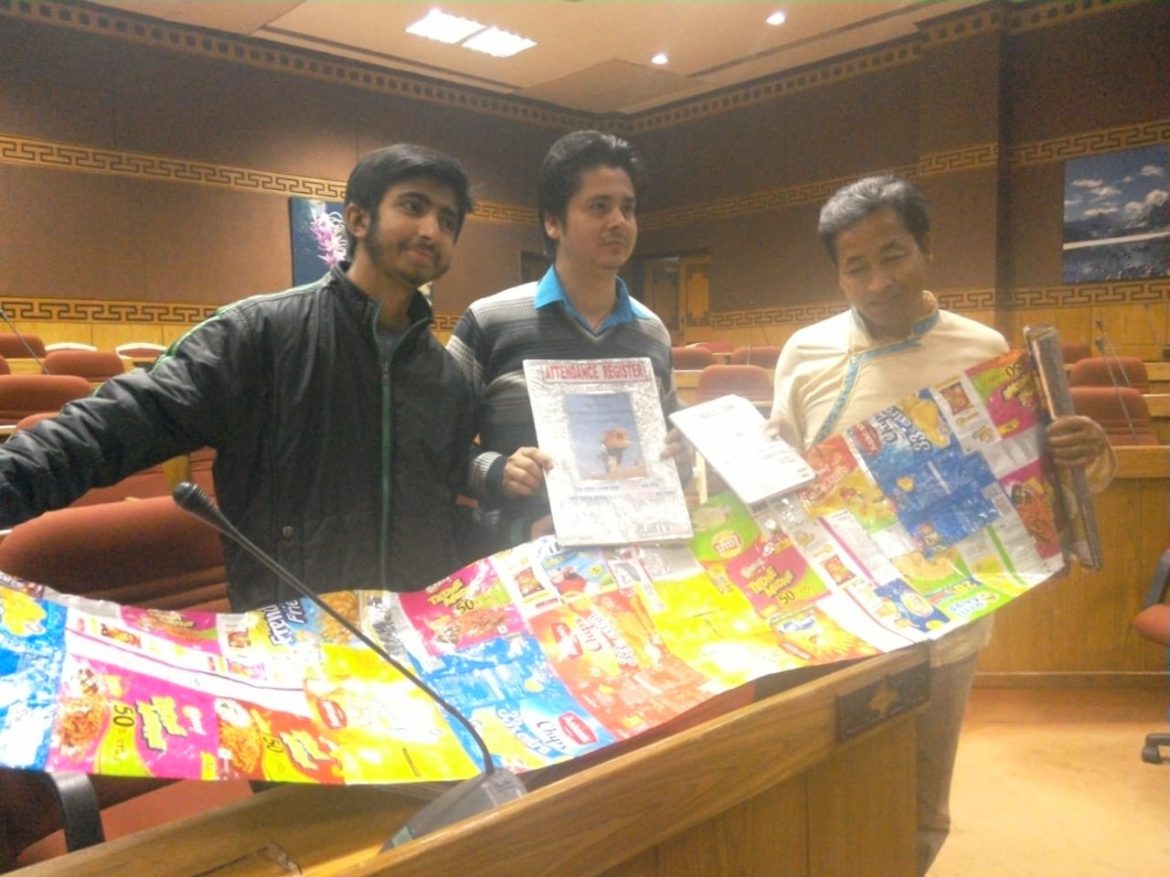 This science and mathematics teacher from northeastern state of Sikkim in India is nothing short of a hero! 34-year-old Lomas Dhungel has not only inspired hundreds of his students to recycle waste items like discarded packet of chips and used A4 papers by turning them into notebook covers and fresh notebooks respectively, he even spends the money so collected on sponsoring the education of local students.

It all began in 2001 when Lomas found out for the first time that disposable polythene bags had been banned all over Sikkim. This prompted him to learn more about the ill-effects of plastic, particularly of the single-use variety.

He was particularly peeved by the locals and tourists, who would litter the streets with empty packets of chips which had no resale value and would often be burned by ragpickers.

“In 2015, I came up with the idea of collecting these packets, cleaning them, and sticking them together with cello tape to make book covers. I presented this idea to my students and school authorities, and after receiving their approval, I approached students from Class 6 to 8, asking them to bring waste packets to school, while requesting my students from Class 9 and 10, whom I taught physics and mathematics, to clean the packets. We stuck the plastic packets together with high-quality cello tape, and fashioned them into book covers,” says Lomas.

This initiative was a major hit with school students.

In 2017, Lomas began another eco-friendly initiative with motivation coming from seeing students using a single side of A4 papers for their assignments.

He reached out to his school and others in neighboring villages and convinced them to donate more than 30,000 waste pages by the end of that year. These were converted into 300 notebooks by 82 students in the first phase and 53 in the second. Each student had to spend 15 minutes every day on this project.

What’s more, all the revenue generated from the sale of the books was spent on sponsoring the education of local children.