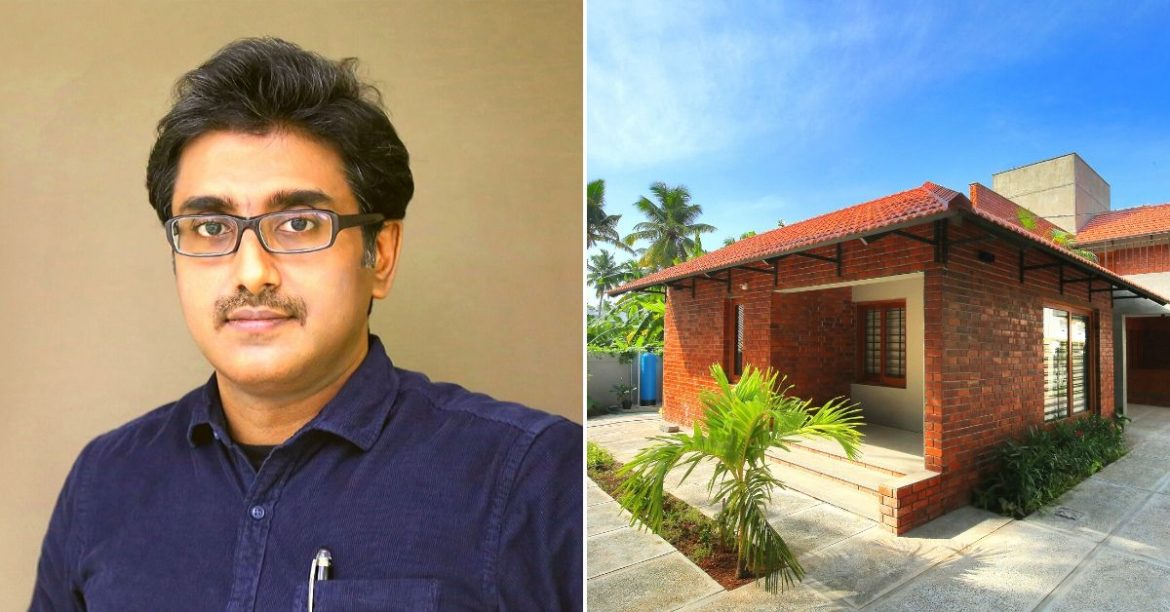 Srijit Srinivas, an Indian architect based in the south Indian city of Thiruvananthapuram,  recently constructed an eco-friendly home (The Brickhaus) for one of his clients that is not just aesthetically pleasing with a brick exterior but also boasts of imaginative design, intelligent utilization of space and natural light, and several other environment-friendly features embedded into the structure.

Despite its soothing texture, warmth and character, brick structures come with their own set of concerns – the primary being the potential for water seepage through the mortar joints. Srinivas and his team added Pidicrete, a waterproof compound to the cement mortar to prevent any seepage.

Also, the Brickhaus is filled with several nooks, corners and jali designs that allow plenty of sunlight inside the home. The gardens and the lotus pond too work together to bring in light as well as open up the building to glimpses of the world outside. Additionally, the skylight creates an ever-changing pattern of light throughout the day.

However, the standout element of this structure remains its adherence to the environment.

“This is a Net Zero Energy building where the total amount of power consumed by the house’s inmates for various activities is equal to the power produced by the house. This is thanks to the ‘Grid Tied’ power system we helped set up with a 5 kWp of installed on-site solar capacity that produces 20 units of electricity per day. The surplus is fed into Kerala State Electricity Board’s (KSEB) main power grid. At night, power is supplied to the house by the KSEB mains power grid. The owner pays nothing at all for electricity in the house,” says Srinivas.