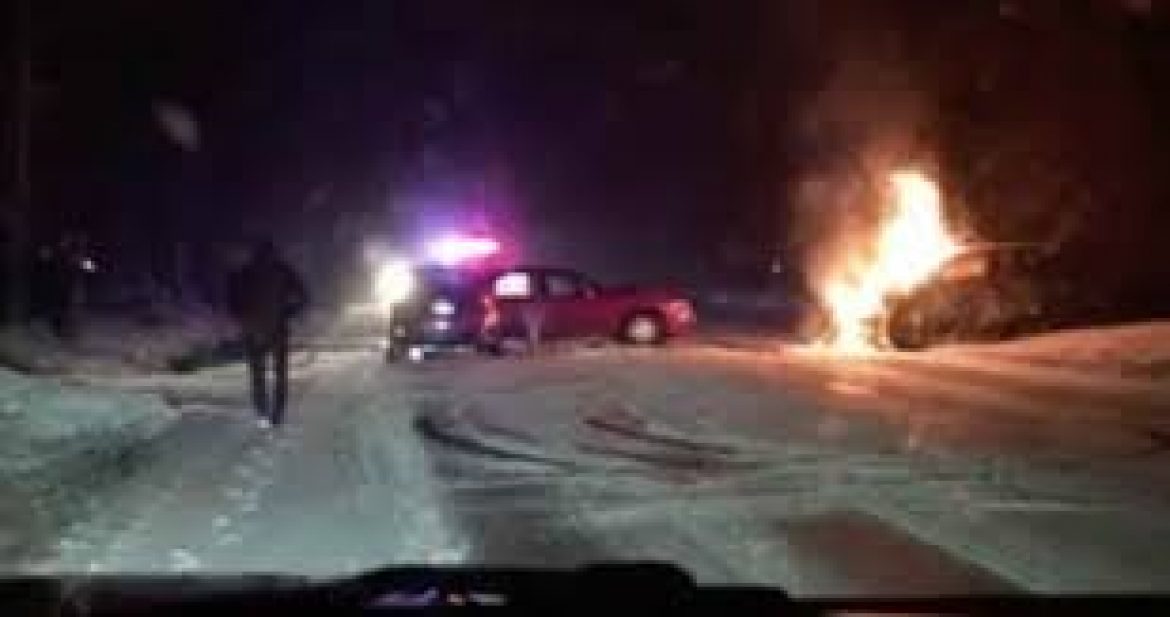 One early February morning in Addison Township, Michigan, Ralph and Doris Giles were returning home from an event in their Jeep Wrangler. On their way, they saw that a Ford Fiesta had collided with a Ford Edge SUV and there were two people trapped in the Fiesta.

Doris dialed 911 while Ralph tried to get the passengers out of the car, but to no avail as the doors refused to open.

Ralph then decided to move his Jeep out of the way of the road – but as he was doing this, a LeSabre that had been driving through the darkness collided with the Fiesta and pushed it into the Edge, causing the SUV’s engine to catch fire.

Ralph acted quickly – he hopped back into his Jeep, turned on the 4-wheel drive setting, and drove it into the SUV so he could push it away from the other two cars. The man is now being hailed as a hero for saving the lives of the trapped Fiesta passengers.