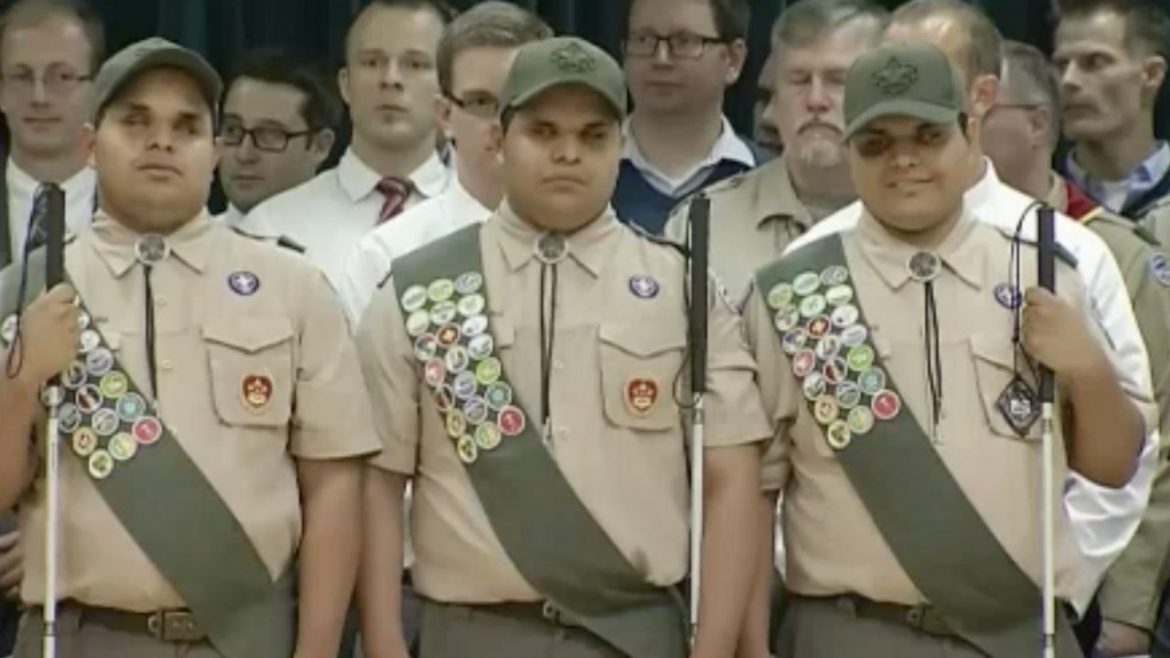 In 2010, Ollie Cantos, a man who was born blind, decided to adopt 11-year-old blind triplets Nick, Leo and Steven. Today, the three young men are 18-year-old and have earned the highest rank in Boy Scouts – an achievement they credit their father with.

“Having the boys in my life has been nothing short of a series of miracles day after day after day from the very day that they came into my life,” he told ABC News. “Life has just never been the same.” The boys graduated high school this past June, and for the last six years, the Cantos brothers have devoted their time and energy to rising through the ranks of the Boy Scouts.

“Our dad really helped us to do these sorts of things. He really did support us,” Steven Cantos said. “If we didn’t have him, we really wouldn’t have been able to do this Eagle Scout thing.”