210-858- 7783
info@i-believe.org
HomeHeadlines He gave free haircuts to the homeless, gets a free barbershop from a kind stranger

He gave free haircuts to the homeless, gets a free barbershop from a kind stranger 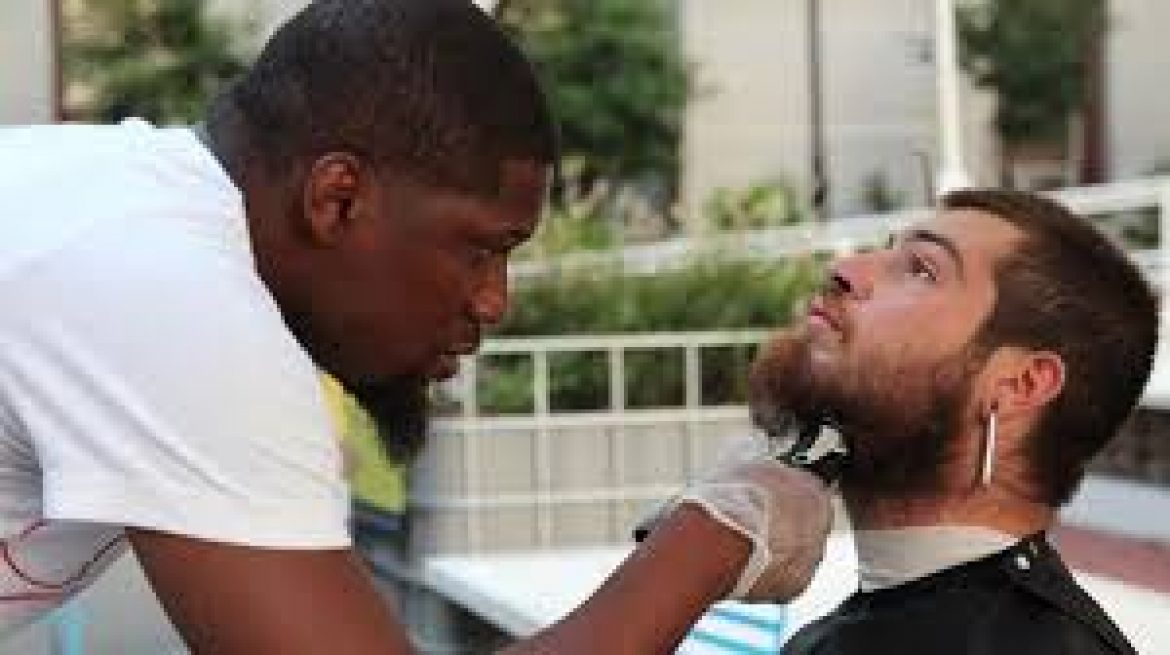 Brennon Jones, a former barber and wardrobe stylist, is quite popular among the homeless on the streets of Philadelphia for a heartwarming reason – he gives them free haircuts. This year, he spent much of his free time driving around downtown with a tray table and clippers, his “personal mobile salon.”

It started earlier this year, when Jones passed by a homeless person, dropping a couple dollars and a banana in front of him. Later, he felt guilty for not doing enough. So he thought of doing something that he did best- haircut. He dusted off his clippers and drove around looking for people who might be interested, stopping every so often and plugging the clippers in with a power invertor that he hooked up to his car battery.

Now the tables have turned, and a good Samaritan is helping Jones. This month, he celebrated the opening of his very own barbershop — a gift from a fellow barber Sean Johnson, who was inspired by Jones’ mission.