The Big 5:Tech lions competing within the Sustainability territory! 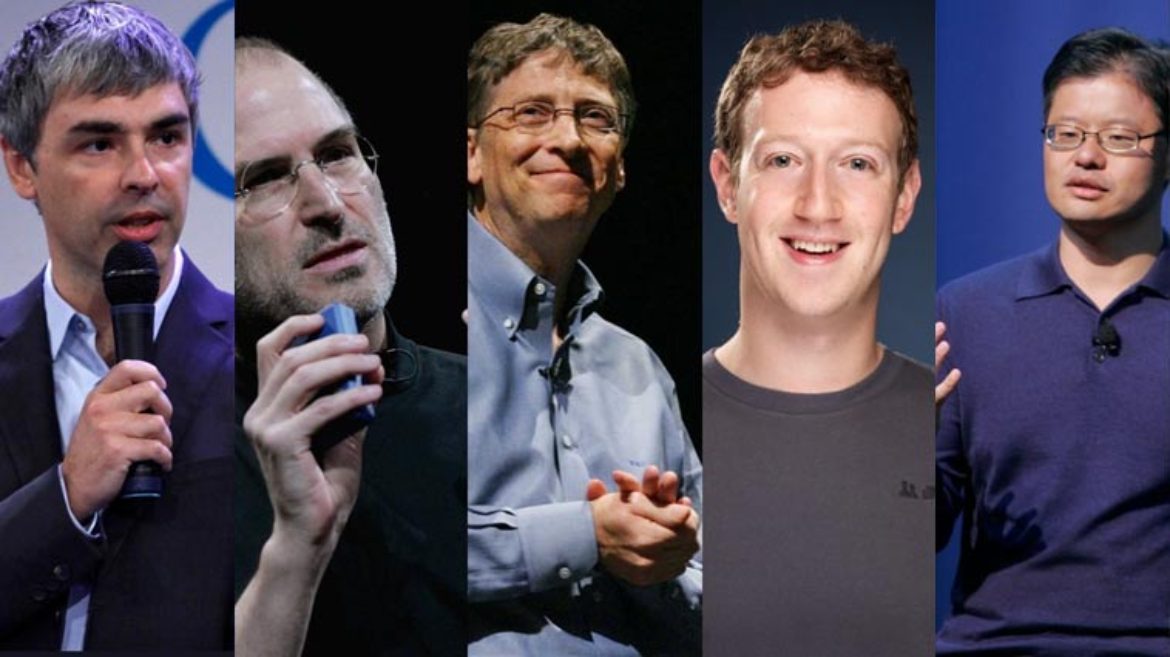 Originally, back in the day (19thC), “The Big 5” referred to the African animals that were the most dangerous to hunt on foot –African lion, African elephant, Cape buffalo, African leopard and rhinoceros –hopefully the only shooting of them these days is through the lens of a camera. The Big 5 tech giants, while not as wild or dangerous (J) love to compete and mark their territory. However the new hunting ground is not Africa but the sustainability arena where Google, Apple, Microsoft, Facebook and Yahoo! compete for dominance.

At the 2016 SXSW Eco environmental conference in Austin, Texas- Googles Sustainability Lead, Kate Brandt, promoted the concept of a “Circular” economy “in which materials are unendingly recycled through both the biological and the technical progressions in ways that are restorative and regenerative for the environment.”  Brandt recently joined Google after serving as the nations chief sustainability officer in the Obama administration.

Google has been a carbon neutral business since 2007. But in 2016, by buying clean energy and buying carbon offsets their carbon footprint is down to zero. Their products enable the google users to save energy themselves.

Google works on a decentralized approach where they have sustainability teams working in different business units that look at how to reduce energy use, emissions and waste. For example Geo for Good investigates the use of maps, data and machine learning to solve environmental problems. Another initiative sees the creation of software and databases to monitor the health of tropical forests and to track illegal fishing.

In 2016, across Google’s global data center operations they have diverted 86% of their waste from landfills. They have made a commitment to zero landfill waste. They are designing waste out of their system completely and engage in unique community partnerships.

Project Sunroof is Googles new tool that can accelerate the adoption of renewable energy. It allows homeowners to enter their zip code and then Google analyzes all information pertaining to their home, using Google maps, to inform people on how much they could save if they installed solar on their roof. Google Sun roof is available in around the U.S – to be specific in 42 states currently and this may go up and even address other countries in the future. The tool also provides you savings estimate and it is able to connect you to a solar developer in your area.

Let’s look at Google’s lean path. In Google’s hometown of Mountain View, California it has a massive corporate composting program with the city. The Lean Path system is used to track food and this technology enabled the company to avoid more than 392,000 pounds of food waste going to landfills.

Google manages its server effectively, saving millions of dollars, by focusing on maintenance and using their servers for as long as possible. It then refurbishes old servers and re-manufactures them, selling parts to secondary markets and then recycling whatever is left over. In 2015, 52% of components for machine upgrades were from refurbished inventory with Google selling almost 2 million units into the secondary market. Today their data centers are 50% more energy efficient than the industry standard. Google created an algorithm that learns how data center servers and cooling systems operate and now it saves the company 40% on energy costs by turning the dials in just the right way to optimize the system.

In 2015, Google launched Portico, its healthy materials online tool, to respond to the increasing market demand for healthy materials, transparency, LEED certification, and industry standards. It was created by Google and the Healthy Building Network to help people understand the toxins in building materials. This web APP tool has been made available to the public with Perkins+Will, The Durst Organization, Harvard University and HomeFree Affordable Housing Cohort joining as founding partners. Did you know about the Greenbarcode.com? This is GBRI’s portal of green building materials put together by our interns.

An innovative food product known as Coffee Flour has been utilized by Google in their kitchens where they are trying to use as much as possible from one ingredient. This flour is derived from discarded parts of a coffee plant –the coffee cherry. The Google kitchens baked goods make use of this nutritious offering such as pastas, breads and other baked goods served regularly at Google in Mountain View.

As we can see, sustainability is woven into the fabric of the company culture. Google is way ahead with its circular economy initiatives. As we head into the Fourth Industrial Revolution, where technology plays a deepening role in our lives, we can see how Google’s digital backbone could transform our relationship to the material world.

Facebook is the silent, master stalker –once a solitary tree dweller but now starting to come out of the shadows to talk about how they go green. They weren’t sure how to communicate their green story as all of the chapters didn’t seem to fit together in a comprehensive bigger picture. When analyzing their own company, Facebook found out that there were so many amazing green initiatives that their employees had already started they didn’t know about. Due to there not being a dedicated green executive, people had been working in solitary silo’s. When they tallied up their own team’s efforts it was quite impressive. So, Facebook is a relatively new player.

First up, a water conservation effort that cuts water used by Facebook employees by 60%. They also have an employee shuttle program that is used by 40% of the group as well as comprehensive recycling and composting efforts. Their mega-campus at Menlo Park has employees riding between campuses on dedicated campus bikes. All bike lanes lead to 1 Hacker Way –Facebook’s drive to invest in local civil infrastructure to improve bike lanes leading to their solar powered campus.

A “Green on Facebook” page was launched in collaboration with Greenpeace. On a grander scale HipHop for PHP was developed to reduce the CPU of their servers. It shifts Facebook’s code to one easy for developers to write and is energy efficient which results in a 50% energy saving. Also, all of the code is open source. Then their engineers developed Haystack (photo management system) finding a seriously efficient way to store billions of photos. They have really been “greening” their IT practices saving $230,000 and $273,000 in two leased data centers over a one year period.

A lot has been spoken about Facebook’s first company owned Prineville data center but we wait with bated breath for the full disclosure of this facility’s green efforts.

Standing its ground, Yahoo, eyes the horizon. While not a massive game changer they are still involved in operations with sustainability as a core element. In 2015 they reported a 40% reduction in carbon emissions since 2007, scoring a 98% from the Climate Disclosure Project (CDP). Every year they reduce their global power footprint and increase their Power Utilization Effectiveness (PUE) and WUE (Water Utilization Effectiveness).

Their Lockport, New York and Quincy, Washington data centers are powered by hydropower alone. Yahoo teamed up with New Jersey Resources to offset approximately 50% of their electrical load at LA Vista, Nebraska through a virtual power agreement. At their headquarters in Sunnyvale, California they installed a 1 Megawatt of Bloom Energy cells which resulted in a 33% reduction of overall energy use. During peak demand they use DemandLogic™ battery technology from SolarCity. Yahoo also signed a renewable energy contract directly with Alexander wind farm.

So these Tech heavy weights aren’t passing the buck on embracing green initiatives. They know that to stay in the game they have to be number one in any field they choose to inhabit. In this case, it’s the plains of renewable energy. When you see billionaires like Bill Gates and Mark Zuckerberg joining forces with other green minded companies to ignite a new circular economy based on clean energy we can’t help but feel a small thrill of joy. They are part of The Breakthrough Energy Coalition that sees 25 investors from 10 countries working together on an agreement to confront climate change. It’s truly fantastic to see these companies compete for the trophy of operating on 100% renewable energy!

Liked this article? Would you like CE credits for engaging with this content? You can redeem your CE credits by watching our course VIDEO. Don’t forget to sign up for our monthly newsletters to keep up to date with the latest information on the sustainability front. You can also register for a learning-hub subscription to immerse yourself in a diverse range of sustainability related topics. Available subscriptions will be a valuable resource in the preparation for your LEED or WELL AP exam.

GBRI – as many of you may already know is an AIA Education Provider and a USGBC Education Partner. Our mission is to make sustainability, health and wellness available and affordable to everyone around the world.  We have 100s of sustainability courses surrounding the topics of Energy, Water, LEED, Net Zero Buildings, Green Schools, Energy modeling, day lighting, BIM, health and wellness to name a few. In addition, we have LEED and WELL AP  exam study materials