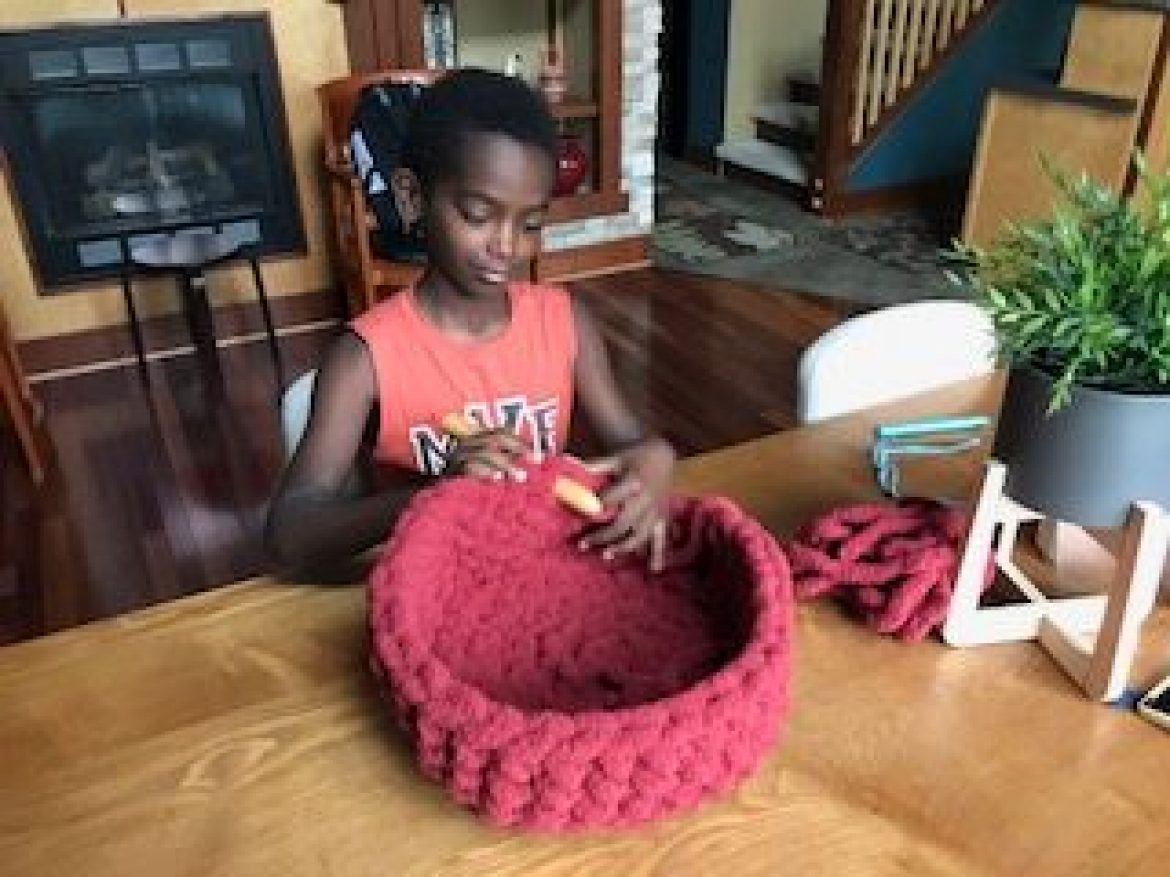 11-year-old Jonah Larson is a self-taught crocheting prodigy who began crocheting when he was just five years old. His first project was a simple dishcloth that he made using donated materials while learning through a YouTube tutorial. He loved the process so much that the young lad hasn’t stopped since.

Today, he makes pretty much anything, including pumpkins, Afghans, fingerless gloves, ear warmers, hats, ponchos, doilies, and yes, even llamas; and although he doesn’t usually sell his finished items or try to defray the cost of materials, his fans send him supplies from all over the world.

It’s impressive enough that at age 11 he has his own 6-part series called “Learn to Crochet with Jonah.” But there’s more – he’s on the cover of “Crochet World” magazine, which showcases a gorgeous Nordic Winter Afghan he made, and he has his own episode on “Knit and Crochet Now.”

Beyond Jonah’s speed-crocheting skills and his winning smile, it’s his genuine love for people that inspires others so much. He has recently started a fundraiser to build a library in his hometown in Ethiopia, so the friends he left behind at the orphanage where he was adopted “can have books in their hands.” Nearly $20,000 has been raised to date, and half of that will be sent to nonprofit Roots Ethiopia for providing basic resources like school desks, chairs, blackboards, books and science materials.