210-858- 7783
info@i-believe.org
HomeHeadlines Couple adopting four siblings who wanted to stay together moves the judge to tears 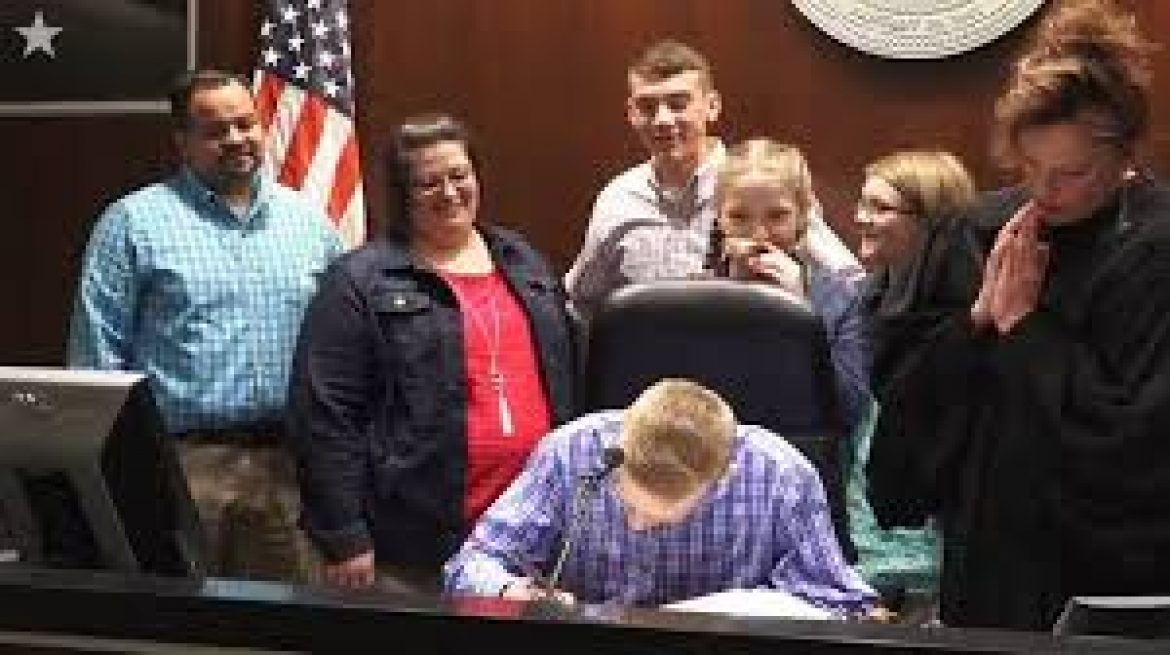 In 2015, Phyllis and Eric Watson of Gardner got their licences to adopt. A day after, the adoption agency got in touch with the couple asking them if they’d be willing to adopt four siblings who wanted to stay together.

“We were thinking one foster child at a time. Maybe two? We weren’t thinking four at once,” said Eric Watson.

However, in a matter of three days, the decision was made and two and a half years later, the family made the adoptions official in what Judge Kathleen L. Sloan called “the best hearing that any judge gets to have in the United States” and even moved her to tears.

Alisia, 17; Bradley, 16; Cody, 15; and Emma, 11, became Watsons — color-coordinated in their khaki skirts and slacks. The children came from an Overland Park home where the marriage failed early and substance abuse and neglect followed.