Despite a nasty fall, Jimmy Carter builds Habitat for Humanity homes in Tennessee 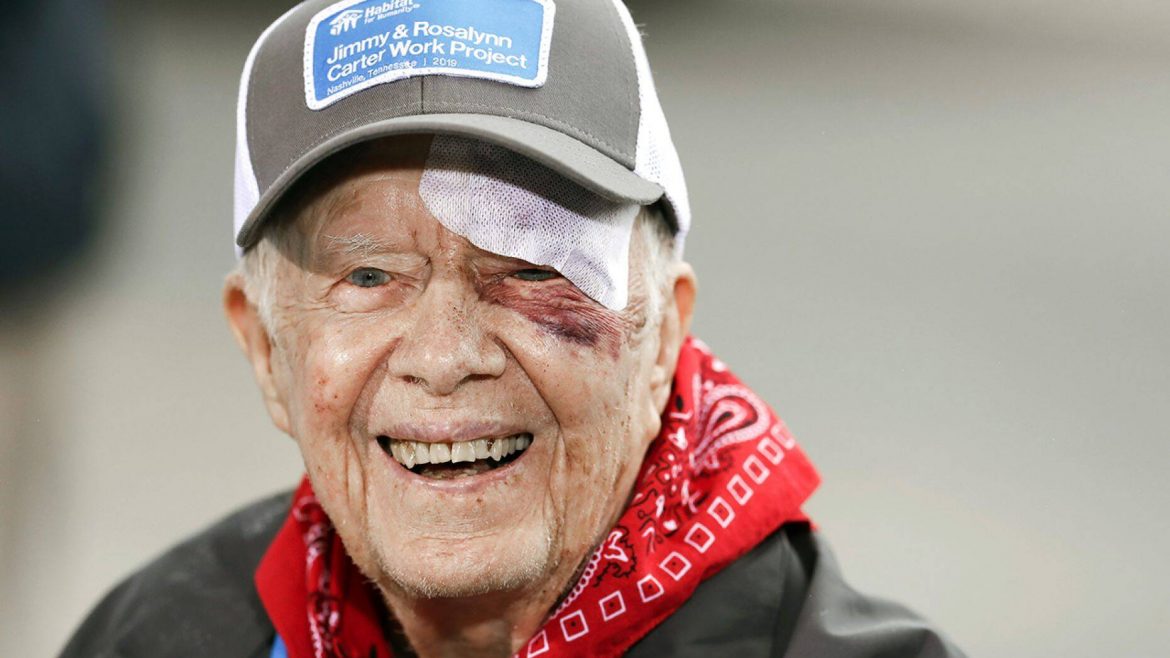 Former US President Jimmy Carter took a nasty fall at his home in Georgia on Sunday that left him with a black eye and about fourteen stitches above his brow. However, that did not deter him from attending the opening ceremony of a Habitat for Humanity event in Nashville, Tennessee, later that day.

“I had a No. 1 priority and that was to come to Nashville and build houses,” Carter told a crowd at a charity concert Sunday evening in Music City when addressing his brief hospital visit.

Carter, whose birthday was Oct. 1, appeared at the build site with his left eye swollen and bruised. He had a white bandage above his eye. His wife, former First Lady Rosalynn Carter, 92, joined him.

Photos and video showed Carter drilling screws into pieces of wood as he began work on one of the 21 homes scheduled to be built in a Nashville neighborhood.