210-858- 7783
info@i-believe.org
HomeHeadlines Fisherman saves 98 pups from the belly of a dead shark he caught accidentally 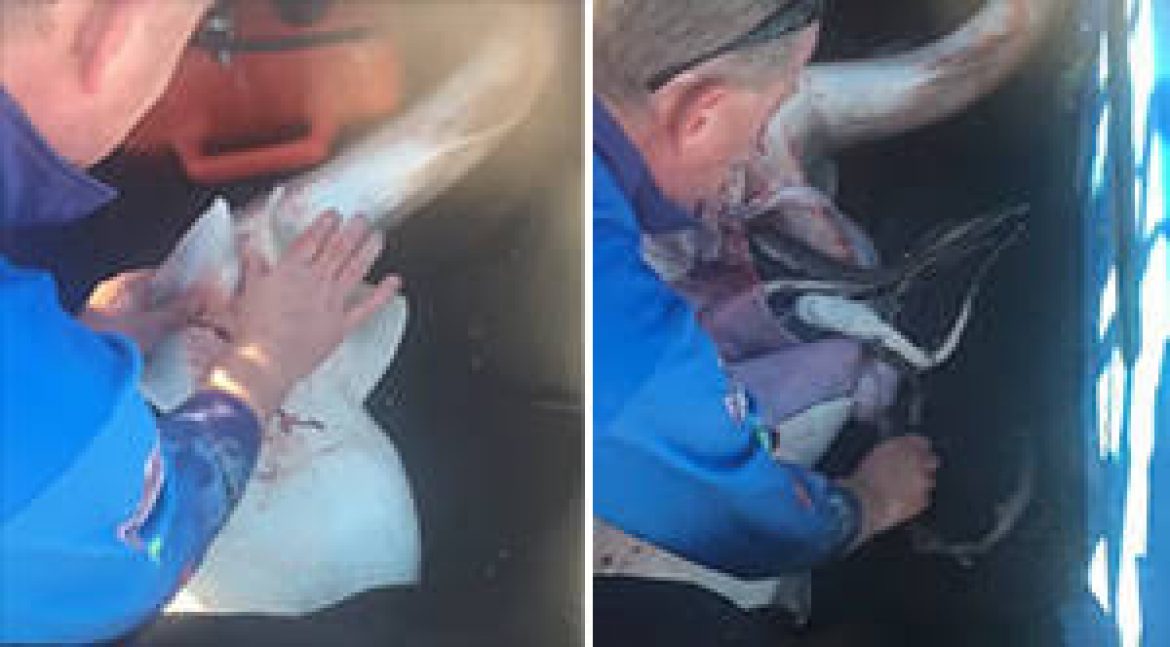 A fisherman caught a dead shark accidentally in his net that had been killed in an attack by another shark. When Mathew Orlov pulled her out, he noticed that the animal’s stomach was still moving.

“I could feel through the line when she was being attacked. As soon as we pulled it up I knew she was mauled by another shark,” Orlov said. “When I saw the belly moving, instinct kicked in. I’ve never done anything like this before, but I’ve been fishing long enough to know we needed to get the pups out as quickly as possible.”

Orlov quickly decided to perform a c-section on the mother shark in order to save the babies inside. And he was successful in doing so – he rescued 98 pups and released them into the wild.