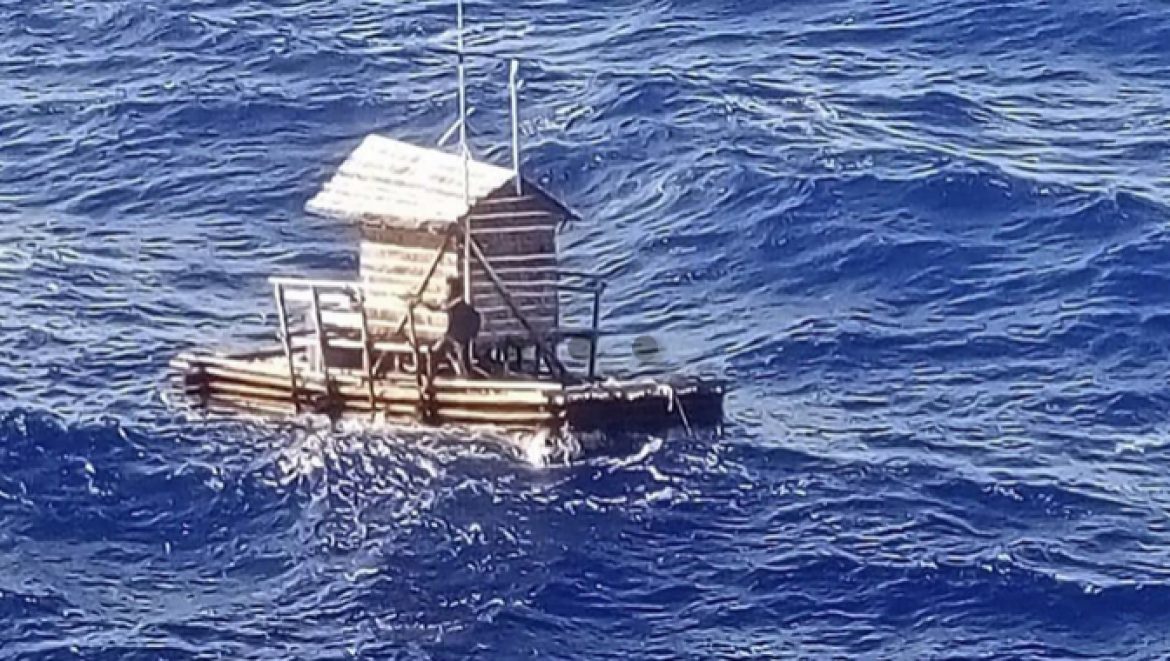 Aldi Novel Adilang, a 19-year-old boy who works as a lamplighter on the Indonesian island of Sulawesi, has finally returned home after being adrift at sea in a small fishing hut since mid-July.

Aldi’s job comprised of maintaining the lights aboard a floating fishing hut called a ‘rompong’. The vessel doesn’t have any engine or paddles. While Aldi had been aboard the rompong during a particularly windy night, the ropes that kept it moored to the seabed snapped, and he was set adrift.

He only had a few days worth of food, water, and fuel, so he managed to survive by catching fish and cooking them over fires that he made using the wooden fencing of the rompong. He also reportedly drank saltwater through his shirt to minimize his salt intake.

Finally, after spending a month and a half at sea, he was eventually spotted by a Panamanian vessel. The sailors took the young man to the Indonesian consulate in Japan, from where he was flown home to his family two days later, reportedly in good health.