210-858- 7783
info@i-believe.org
HomeHeadlines Man celebrating his own birthday jumps into chilly river to save a drowning dog 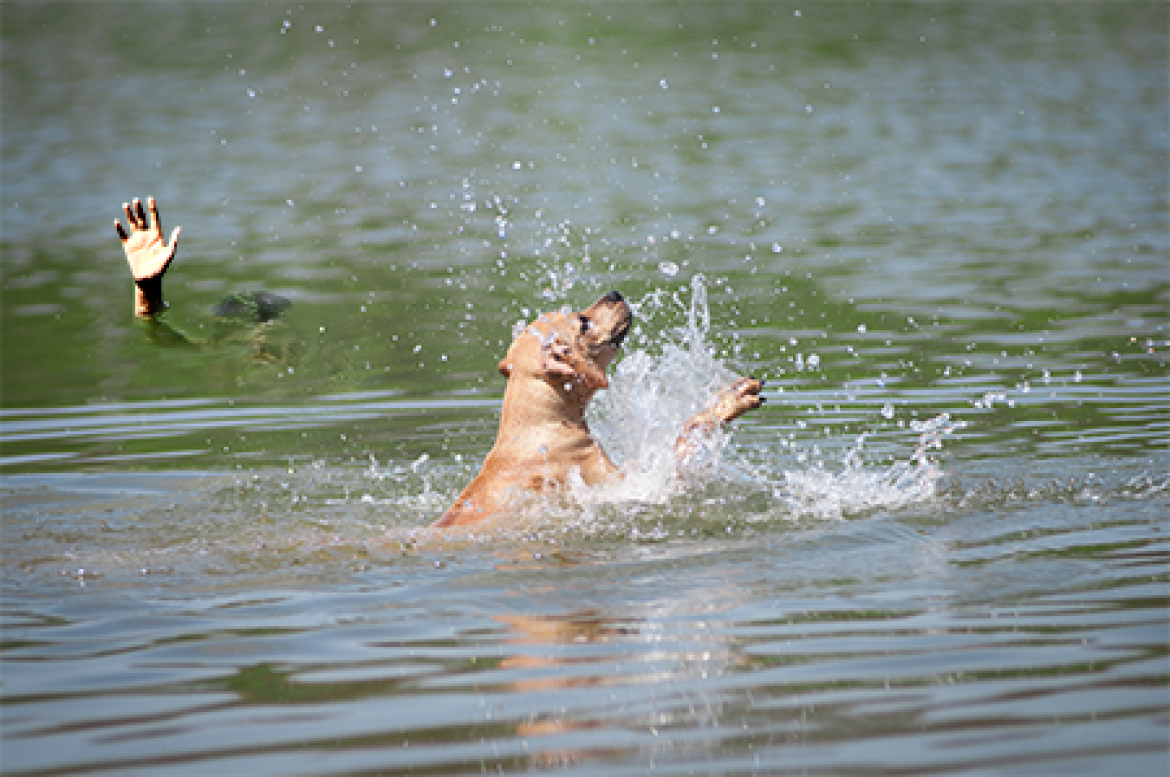 Last week, Gabe Castellanos had been celebrating his birthday with some friends on the Brooklyn Barge when they spotted a dog in the water and assumed it was going for a swim on a hot day.

But when the dog kept swimming farther from the pier, its petsitter suddenly approached the group and said that Harper had run away.

That’s when Castellanos realized that Harper the dog was on the verge of drowning and using his maritime experience, plunged into the chilly river to save the dog.

Castellanos eventually managed to catch up to her and start steering her back towards land – but unfortunately, since Harper was so panicked by the experience, she bit Castellanos on the hand and face, chipping his tooth in the process.

Unfazed by the attack, Castellanos continued guiding her back to the shore until she was finally reunited with her emotional petsitter.

It turned out that Harper was out for a walk with her petsitter when she was suddenly hit by a taxi that had run through a stop sign. Though the petsitter only sustained minor injuries, Harper took off in a panic and charged into the river.

May 15, 2019 by pooja pooja Category: Headlines 0 comments
Prev
Next