210-858- 7783
info@i-believe.org
HomeHeadlines Russian government to release around 100 captive whales into the wild

Russian government to release around 100 captive whales into the wild 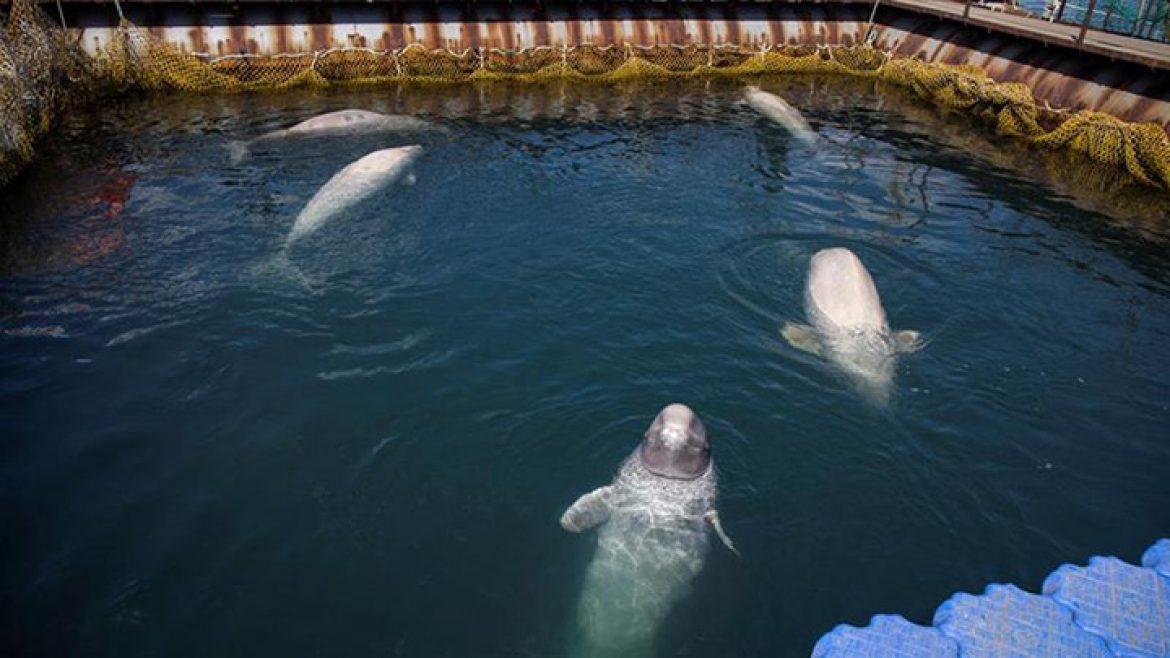 Last year, pictures of orcas and beluga whales held captive in a bay near the Sea of Japan port city of Nakhodka, Russia, surfaced and sparked concern among animal activists. The animals had been caught illegally by companies which planned to sell them to marine parks or aquariums in China.

Soon after, a petition to release the whales was shared on social media which received nearly 1.5 million signatures, including those of Leonardo DiCaprio and renowned oceanographer Jean-Michel Cousteau.

Now Russian authorities have announced that all of the captive whales, 10 orcas and 87 beluga whales, will be set free and released back into the wild.

“Scientists from Cousteau’s team and Russian scientists will decide when and which animals to release,” Oleg Kozhemyako, the governor of the Primorsky region said.

A special rehabilitation facility for whales will be set up under the agreement, with conditions as close as possible to their natural environment.