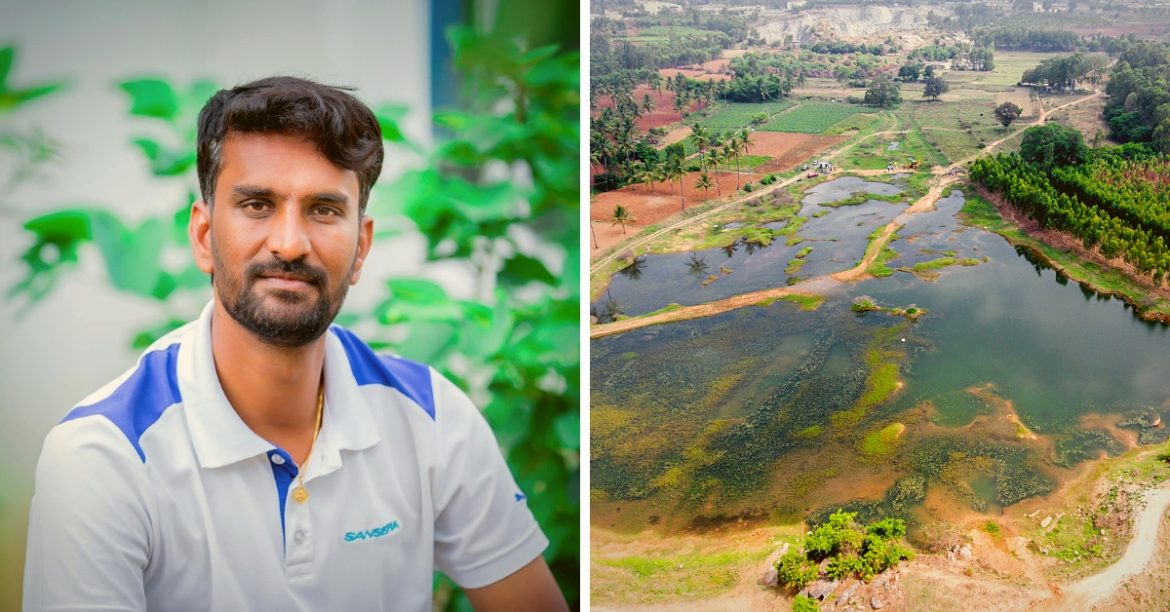 The city of Bengaluru, better known as India’s Silicon Valley, was famous for its beautiful lakes. Also called the ‘City of Lakes’, water bodies cover nearly 5% of the land in urban Bengaluru.

However, once a beautiful sight to behold, today most of these lakes are bubbling with untreated sewage, chemicals and all kinds of pollutants. Bengaluru is mostly in the headlines today because of how a lake is frothing here, another lake is being encroached there, and the stench of yet another one is making life miserable for those living nearby.

Thankfully, there is one man who is on a mission to reverse this situation. He is someone who can talk about lakes, environment, and the power of one for hours on end and who has shown that if we as individuals get down to it, we can save this city and the environment at large.

Anand Malligavad , a 38-year-old techie from Bengaluru, spent months of research and study on the city’s lakes and is now set to rejuvenate 45 lakes by 2025, with the work already in progress!

The first, he says, was the 36-acre water body, Kyalasanahalli Lake near Anekal, which was restored in only 45 days!

“We began the work on April 20, 2017, with a budget of Rs 1 crore and 17 lakh, provided by Sansera Foundation. We needed help and reached out to the nearby community with the help of a senior citizen, B Muthuraman (74). Together, we covered almost 400 houses to spread awareness. Eventually, people began to show up, and joined hands to work long hours to make this possible,” says Anand.