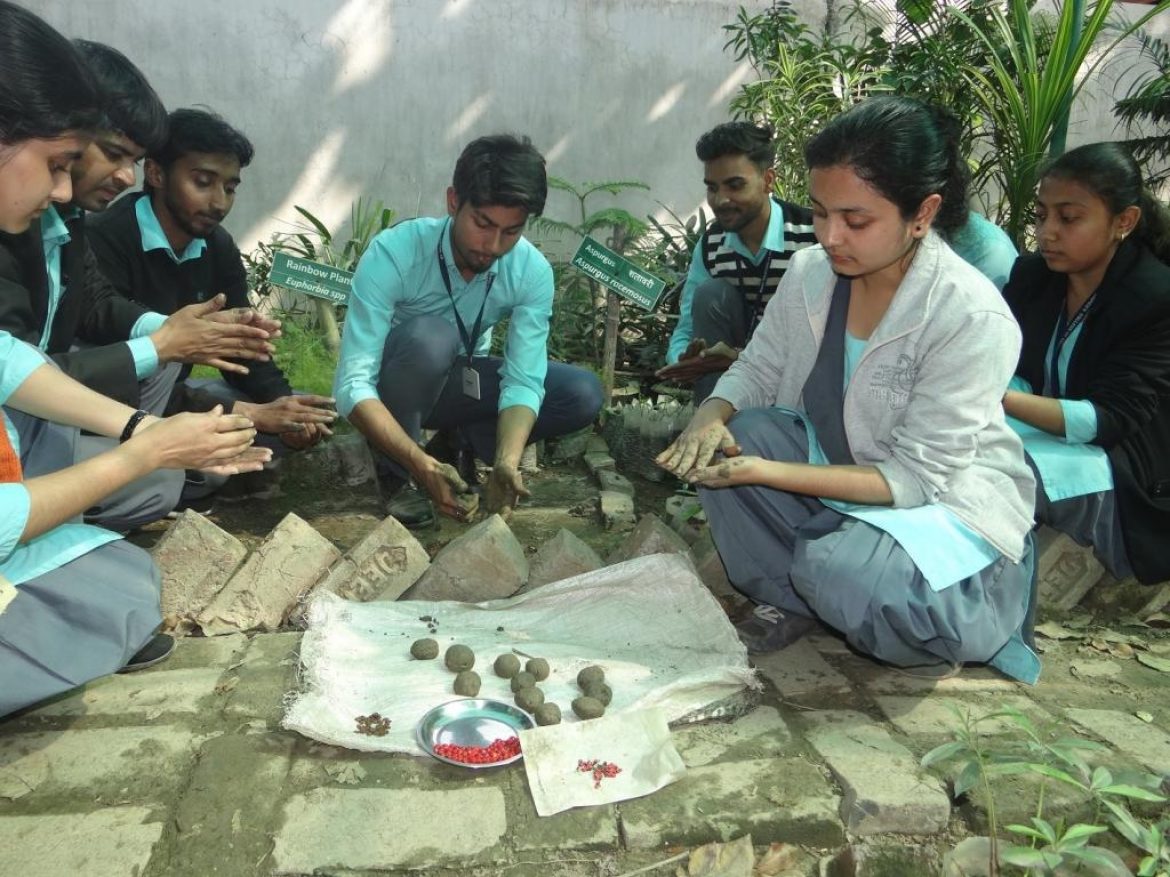 Almost two decades ago, the eastern Indian state of Bihar was split into two to form the new state of Jharkhand. The area left in Bihar after the division had just 9% forest cover. High levels of pollution and such meager green cover resulted in the air quality dropping to alarmingly low level in most cities, including the state capital Patna.

To combat this, school kids in the state have resorted to a unique technique – ‘Seed bombing’ – which usually implies aerial reforestation. It is a technique meant to introduce vegetation by throwing or dropping seed balls on barren land. Under the guidance of Tarumitra, a nationwide students’ movement to promote ecological sensitivity, schoolchildren learnt how to make seed bombs or balls.

In this technique, seeds are filled inside balls of fertile soil. Once these balls dry up, they are thrown in places with less vegetation. As part of the campaign, the children have been preparing and throwing the seed bombs at various places across the state over the last one year.

They have been throwing the seed bombs mostly during the rainy season to ensure that they geminate properly and absorb moisture from the atmosphere.