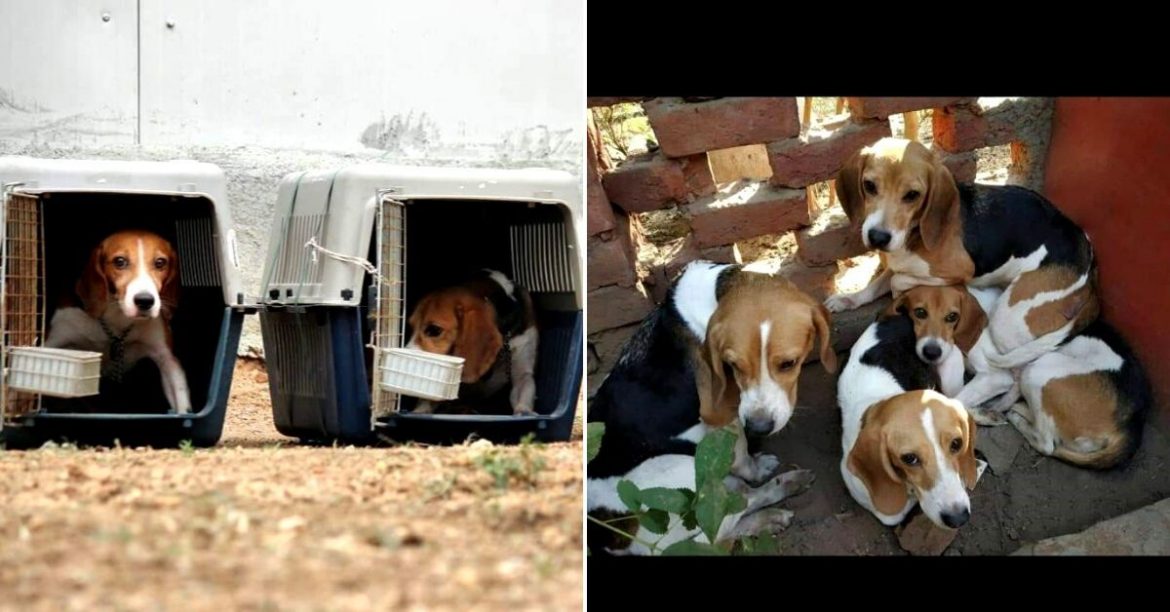 Can you imagine living inside a tiny cage where you have absolutely no control over how to live your life? You can’t choose when and what to eat, how to spend your time, you can’t decide when the lights go on and off and worse of all, you are supposed to eat, urinate, defecate and sleep inside that tiny cage with absolutely no contact with the outside world.

If this scenario sounds nightmarish to you, let us tell you this is exactly how dogs live in testing labs. Even after the projects conclude, life does not get better for them. In most cases, they are euthanised.

“Pesticides have to be tested on small animals like rabbits and hamsters. If the results are positive, they advance to a bigger, more complex mammal species: dogs. Only after this step can labs go further to tests on humans. Now, beagles are bred to be docile, and since they weigh only up to 10-12 kg, they are the most popular species in lab testing. This means that hundreds of these highly intelligent and curious dogs are raised in a confined environment every year,” says Chinthana Gopinath, who works for the rehabilitation of lab-test beagles in Bengaluru, India.

In 2015, India passed a law saying that after the completion of one project or after the test-dogs are three years of age (whichever is the earliest), they need to be rehabilitated.

“This is where it gets tricky. Generally, people think of dogs as highly energetic beings who shower their love on humans and like to be cared for. But one must understand that the beagles have grown up in captivity. Sunlight, human touch, outdoor smells are all alien stimuli to them. When we say “free” we generally imagine the dogs to be suddenly happy and playful. That is never the case,” Chinthana explains.

In 2012, she adopted a rescued Beagle through Compassion Unlimited Plus Action (CUPA) in Bengaluru. Then, in 2016, when a Bengaluru laboratory shut shop, about 250 beagles were suddenly free. Since Chinthana already had experience with the breed, CUPA approached her to help the 250 dogs find a haven.

So, the 39-year-old, started Freagles of India (FoI), not just to rehabilitate the animals but also train prospective pet parents to create a safe space for them. Awanti Agarwala, who Chinthana had come to know through CUPA also joined the initiative.