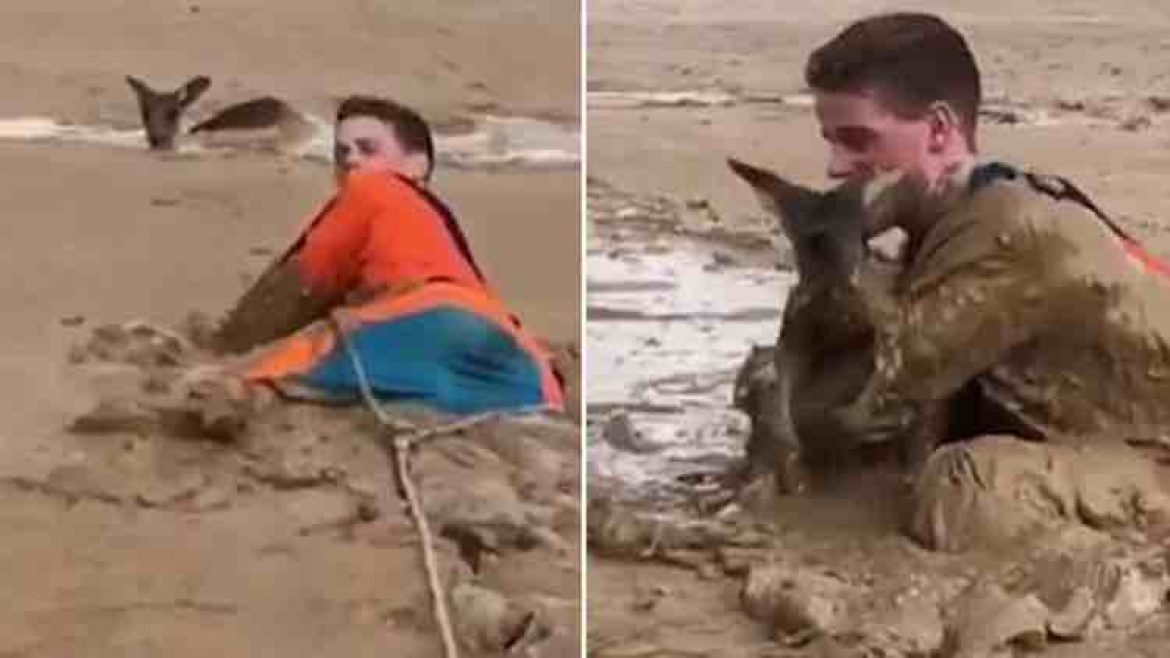 This heartwarming gesture of two Sydney teenagers has restored our faith in humanity! Nick Heath and Jack Donnelly spotted a helpless kangaroo stuck up to its neck in mud in the outskirts of Sydney. The brave boys were riding their motorbikes near the Nepean River when they saw a tiny animal head poking out of a mud quarry.

As they realized they were unable to reach the poor creature on their own, they rushed back home to grab some rope.

After returning to the quarry, Nick tied the rope around his waist and crawled through the mud towards the kangaroo. Once he had the animal in his arms, Jack helped to pull them both back to solid land.

“The roo’s life was important to us so we went out on an arm and leg and got it,” said Nick. “We think he went searching for water there and it was really muddy so he got himself really stuck.”

The teens then called the Wildlife Information, Rescue and Education Service (WIRES), which is Australia’s largest rescue organization and handed over the roo to them.