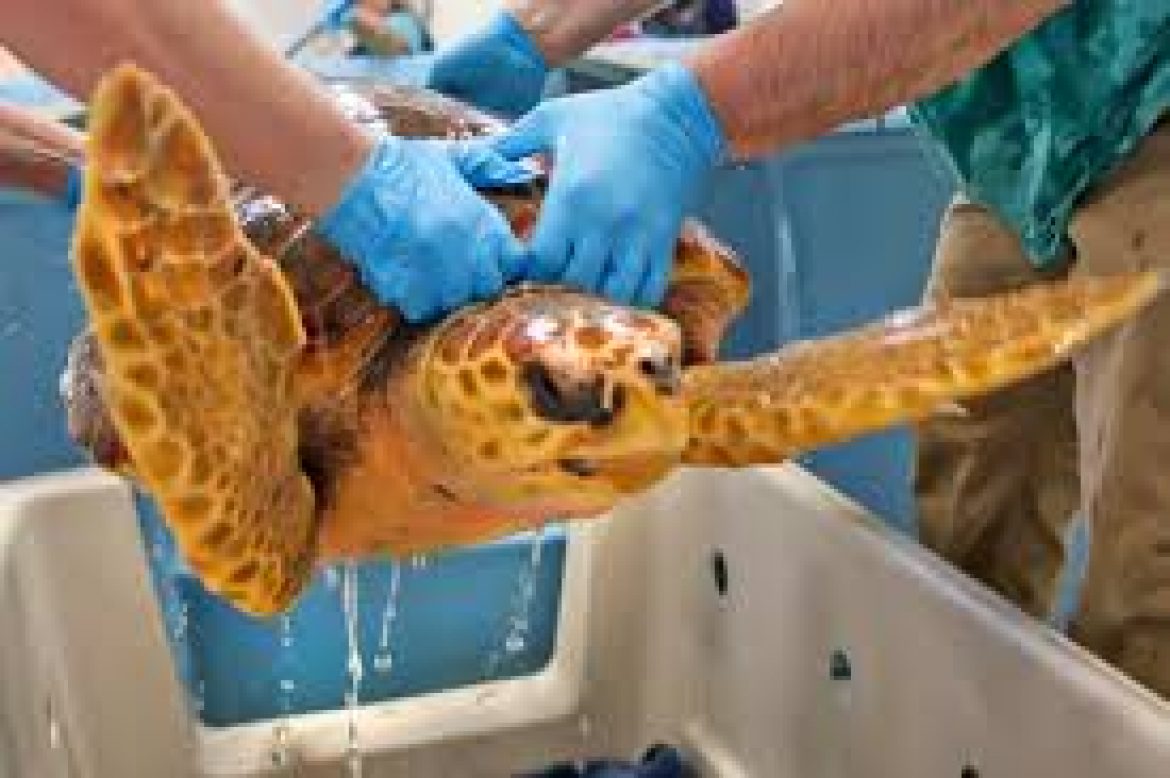 After treating and rehabilitating 14 sea turtles that were found stranded on Cape Cod beaches last November and December, biologists at the New England Aquarium of Boston released them back into the Atlantic Ocean.

When rescued, the turtles had been suffering from severe hypothermia after failing to migrate south.

Biologists determined the turtles were ready to be released but there was one problem: the ocean temperatures off the coast of Massachusetts are still too cold.

Sea turtles prefer water temperatures in the 70s, so Aquarium staff and volunteers took a road trip to Florida to release the turtles back into the ocean.