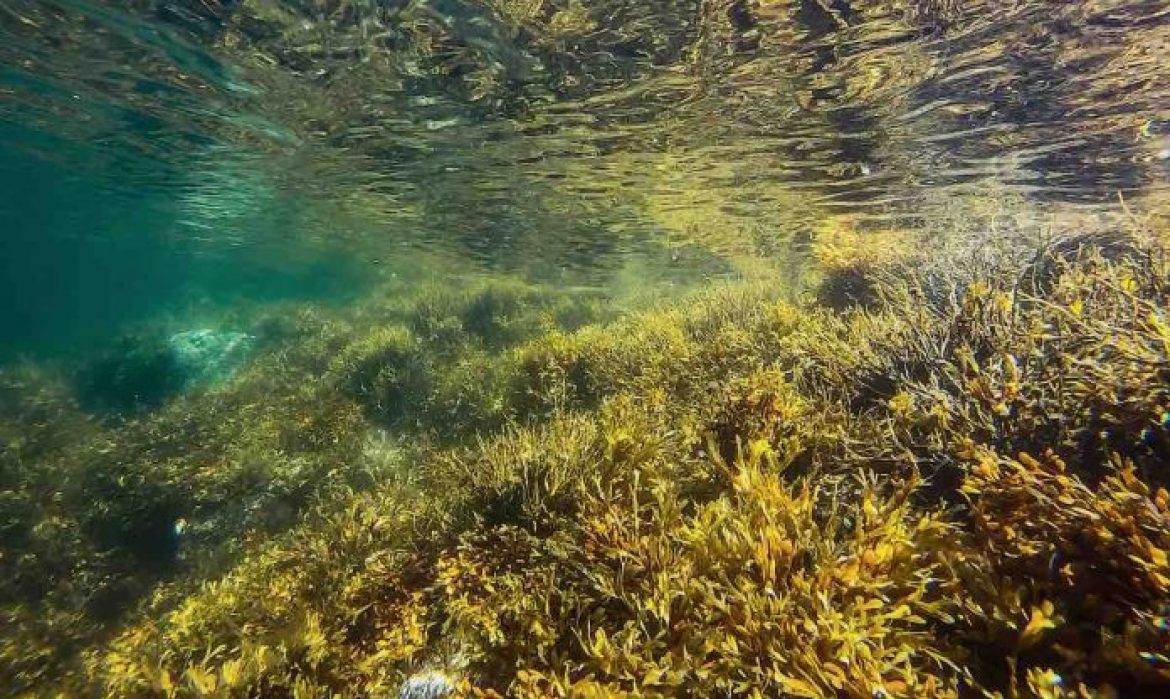 Nikki Spil and Sjoerd Laarhoven are residents of IJmuiden in the Netherlands. The sight of pollution from a factory on one side of the IJmuiden harbor drifting across to the pristine beach frequented by the locals repulsed them, and the duo decided to do something about it.

Today, Nikki and Sjoerd farm seaweed at their Sea Farm Ijmond, right across from the pollution-emitting factory, as a simple, nature–based answer to the pollution drifting toward their beach.

“People often think that trees can provide the world with the biggest amount of oxygen, but actually it’s the algae,” says Nikki. “They’re the lungs of the Earth.”

Seaweed is also a natural filter of pollutants, and is used as a treatment in chelation therapy for patients with heavy metal poisoning. Nikki and Sjoerd deliberately chose to create Sea Farm Ijmond in an area where it could clean their local harbor, even though their seaweed might grow better elsewhere.

Also, seaweed, if dried and rendered properly, can also be used to replace plastic for many common household items. A few Dutch scientists trying to bring seaweed plastics to market on a wider scale—and, Nikki and Sjoerd are providing their harvest as a resource.