210-858- 7783
info@i-believe.org
HomeHeadlines This Indian man slept on streets in Australia, he gives free meals to the homeless today

This Indian man slept on streets in Australia, he gives free meals to the homeless today 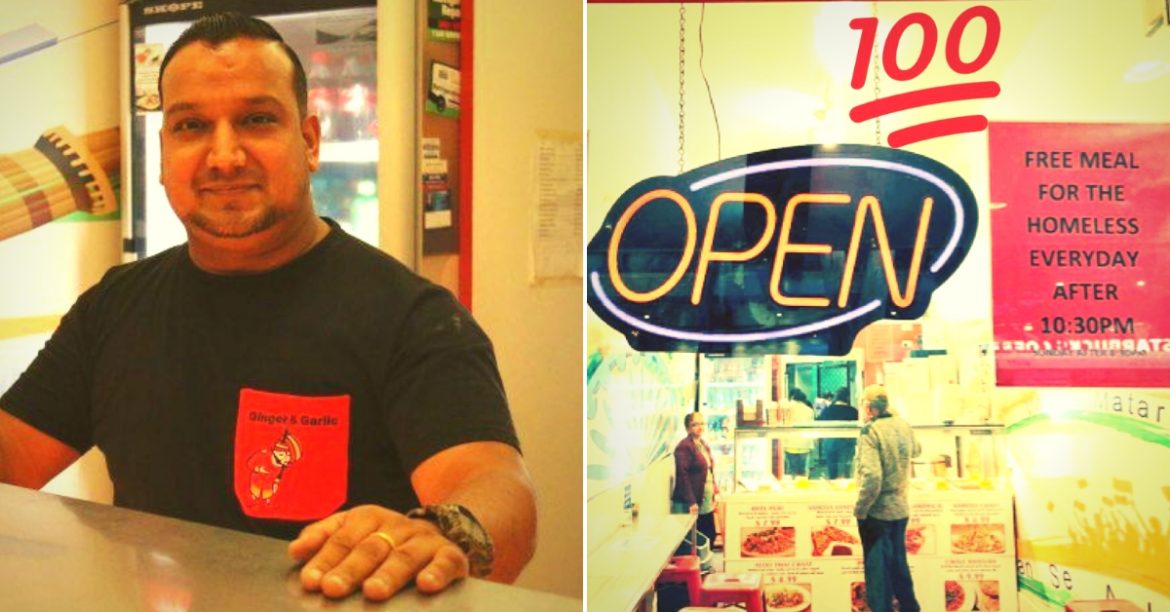 In 2007, Ashish Sood went to Australia from Ludhiana, India, in the hopes of starting his own restaurant after studying Hospitality and Commercial Cooking. However, life was pretty tough for two weeks after the 33-year-old arrived in Australia. He had almost no money and was forced to sleep on the streets.

After nearly a decade of hard work and perseverance, today Ashish is the owner of a small takeaway joint called ‘Ginger and Garlic’ in Brisbane which serves Indian food.

However, remembering his struggles as a homeless student, Sood has for the past nine months been serving the remaining curries, samosa, naan, and papadams to the homeless on Adelaide Street in Brisbane CBD, Australia, before closing shop.

“It felt bad to throw all that food every day, but I’m glad that now instead of going into the bin, it [the food] makes a lot of people happy and lets them sleep on a full stomach. We have at least eight to nine homeless people, mostly men, who come to us for food every single night since the past four months. They start lining up outside the restaurant from 8:30 pm onwards, while we only start serving after 10:30 when the restaurant closes,” Sood says.