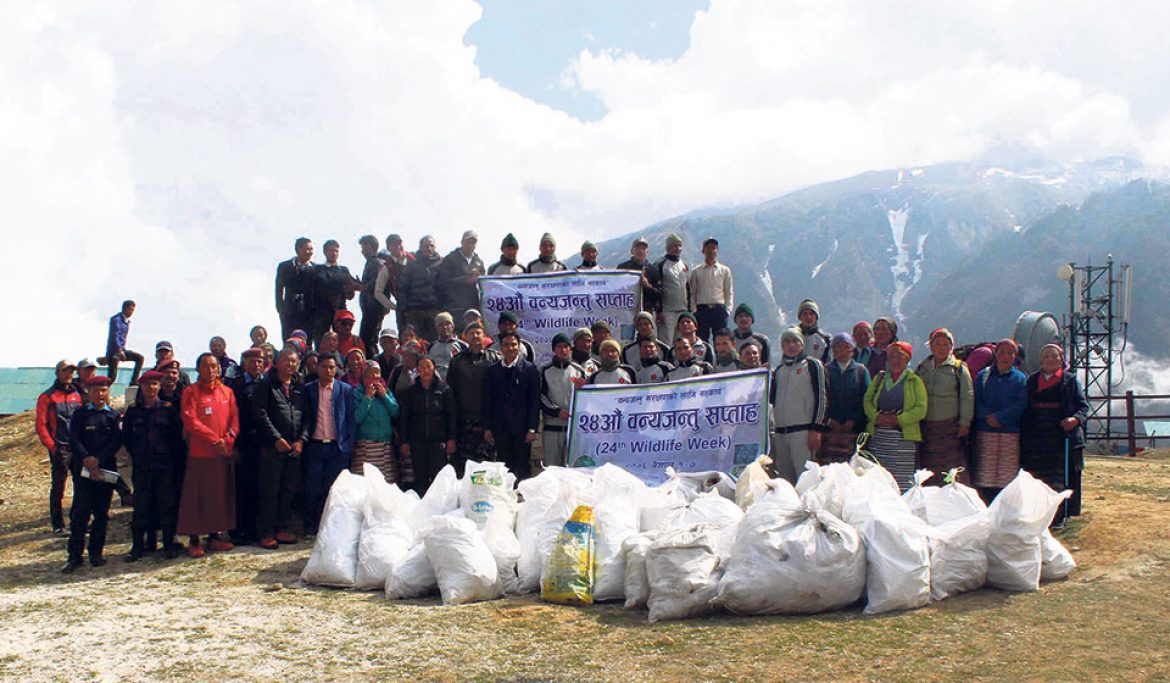 Since decades, Mount Everest has drawn adventure seekers and mountaineers from across the globe who hope to conquer the world’s highest peak. Many have succeeded in scaling the peak, many have lost their lives in the attempt.

Unfortunately, large number of climbers has resulted in major pollution problems, and just recently it was reported that the mountain is littered with over 50 tons of trash.

Now under its Mount Everest cleanup campaign, Nepal’s Army has lifted two tons of non bio-degradable waste from the region. The cleanup campaign was conducted as part of the Wildlife Week organized by the Sagarmatha National Park Office.

According to the Nepal Army, the cleanup campaign was started from April 14, 2019 in coordination with various governmental and non-governmental organizations. Earlier, the Army had also flown 2.5 tons of logistical supplies needed for the campaign to Namche from Kathmandu by helicopters.

The army lifted a ton of non bio-degradable wastes by army helicopters to Kathmandu and handed the waste to Blue Waste to Value Company. The remaining one ton of the waste has been flown to the NA barraks in Okhaldhunga for treatment.