This man is cleaning England’s waterways 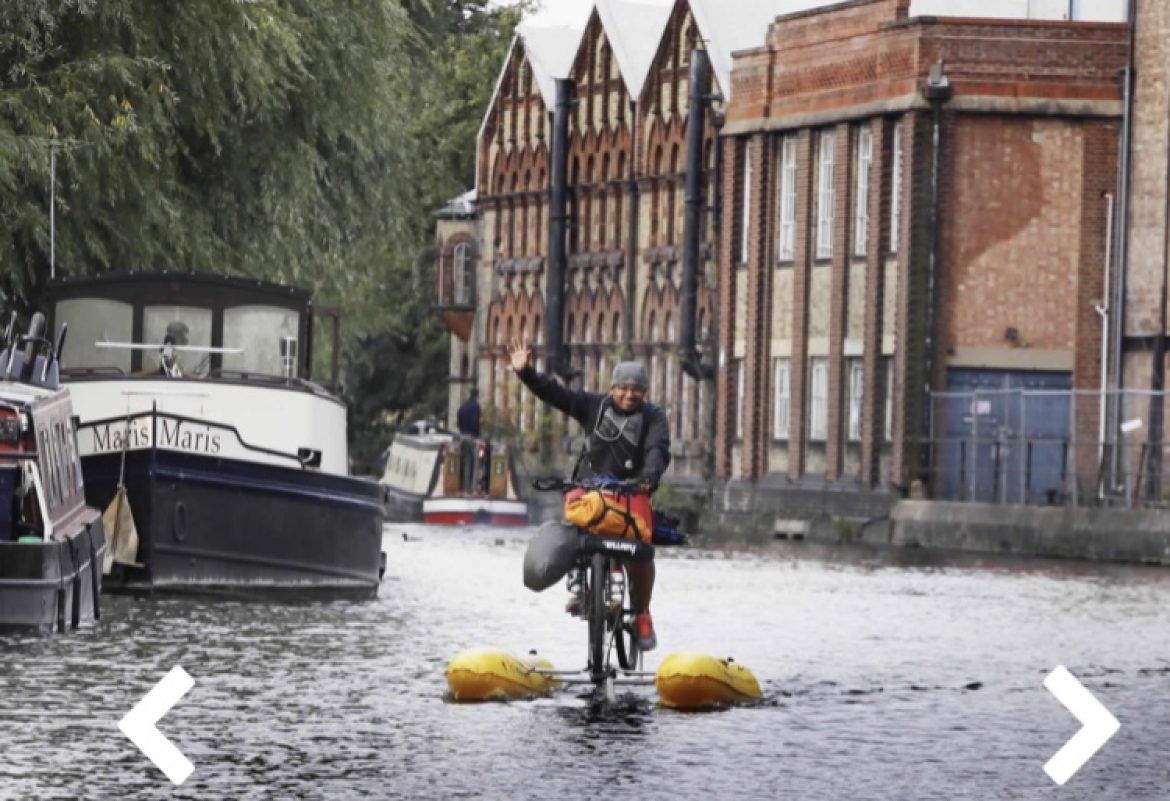 Dhruv Boruah, a former management consultant and the current head of The Thames Project, is on a mission to clean up England’s waterways, picking up all kinds of plastic debris that he comes across while pedaling up and down rivers and canals.

He admits that he cannot clean up entire rivers alone, armed with nothing more than a litter picker and a bamboo bicycle that he rigged with two floaters, waste baskets, and a propeller and rudder. So with the help of his eye-catching bicycle, Boruah enlists other helpers on canoes, boats and stand-up paddle boarders.

During one particular clean-up, Boruah said he and his team of litter pickers collected more than 600 pounds of plastic in the city of Birmingham.

Boruah quit the business world after racing a yacht from London to Rio de Janeiro and seeing the problem of marine plastics first-hand. He realized he wanted to be a part of the solution and decided to launch his current anti-plastic campaign.