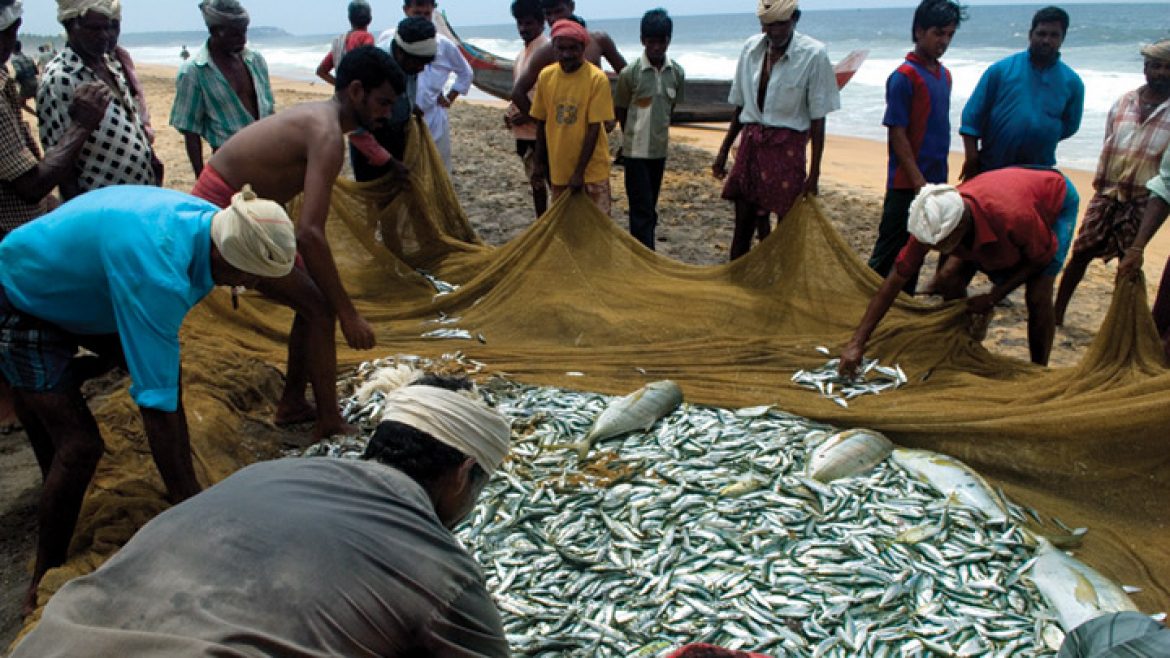 Kollam, a small fishing town in the southernmost Indian state of Kerala, had been facing an environmental problem for the past few decades. The fishermen in the area were tired of catching more plastic trash than fish in their nets. They later spent hours separating plastic from their catch.

As the town had no recycling plant or waste collection facility, the fishermen could do nothing but complain and throw the plastic back into the ocean. That’s when Peter Mathias, a leader of a union for fishing boat owners in the region, decided he had to do something about the situation.

In summer of 2017, he asked state minister of fisheries J. Mercykutty Amma if she could set up a way to recycle the plastic that fisherman hauled in. She, in turn, reached out to five other government departments.

The department of civil engineers agreed to build a recycling plant and the department for women’s empowerment found female workers to make the plant run, offering the women a chance to earn money in an economic landscape where most jobs, like fishing, are seen as male.

Now, Peter and 5,000 other fisherman collect all the plastic caught in their nets and, instead of tossing it back, bring it to shore to be recycled. Since August 2017, they have collected 65 metric tons. Thirty women then work to clean and sort the plastic. Since much of it is too degraded to be traditionally recycled, it is shredded and sold to road crews to strengthen their asphalt.